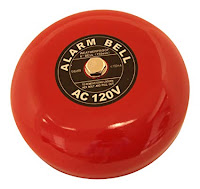 From the Sacramento Bee: A critical emergency alert system designed to warn UC Davis students and staff failed to fully notify the campus until more than an hour after Davis police Officer Natalie Corona was shot and killed blocks from the university, officials announced, calling the breakdown “unacceptable.”

The WarnMe-Aggie Alert sends text and email messages to UC Davis students and staff and is designed to alert 70,000 people. But the system initially notified only a fraction of those people about the events unfolding less than a mile from the campus and locked campus public safety officials out of some notification lists.

“The system failure we saw on January 10 was unacceptable and we will take all necessary measures to ensure 100 percent performance in the future,” said UC Davis Chancellor Gary S. May in a statement Tuesday...

[Are you aware that UCLA has a low-power AM radio station that covers the local area and broadcasts emergency alerts? Even if you think you don't have an AM radio, your car likely has one which, of course, is powered by your car battery. Yours truly picks it up as far away as Santa Monica.]

By the way, the Corona murder led indirectly to a brouhaha on the Davis campus which various UC-Davis authorities quickly snuffed out:

A photo of Police Officer Natalie Corona, clad in a royal blue dress and waving a Thin Blue Line flag, has flooded social media as a symbol of the 22-year-old’s deep love of police work before she was gunned down in Davis on Thursday night.

A UC Davis student government branch, though, saw it differently. The university’s Ethnic and Cultural Affairs Commission criticized the picture and Corona’s flag in particular, calling it “triggering” and “blatantly anti-Black” in a now-deleted Facebook post...

UC Davis responded to a torrent of angry commenters on Twitter Sunday morning, saying that student groups do not speak for the university and urging unity among Davis residents...

Apparently, Latin is not in wide use among UC-Davis students:

Definition of "de mortuis nil nisi bonum": of the dead, (say) nothing but good.