More on UCLA Study’s Request for a Mayoral Pledge 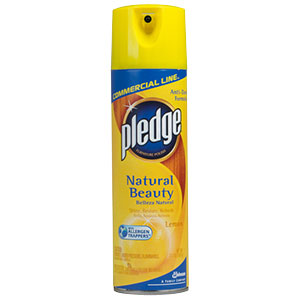 This post is a follow up on yesterday’s blog piece on a UCLA study which asks LA City mayoral candidates to sign a pledge to implement various elements in the study, including creation of a new city agency.  We noted the idea of a UCLA study – posted on the university’s “newsroom” website - which asks political candidates for mayor to sign a pledge raises some issues.  Normally, to the extent that the university has endorsed political positions, there has been a direct university interest in those positions.  For example, the Regents endorsed the governor’s Prop 30 in the last election because of its budget implications for UC operations.  We noted yesterday that the idea of a pledge seemed similar to the much-criticized Grover Norquist no-tax pledge.

Yesterday’s post (which reproduces the pledge) is at:
http://uclafacultyassociation.blogspot.com/2012/12/mayoral-campaign-pledges.html

KCRW’s “Which Way LA?” program yesterday picked up on the pledge/Grover Norquist element.  However, the overall program was quite uncritical although the issue of the cost of various recommendations in the plan was raised by the guest host, Alex Chadwick.  (Warren Olney was not hosting yesterday for this segment of the program.)  The spokesperson for the UCLA report was Mark Gold, Associate Director and Adjunct Professor at the UCLA Institute for the Environment and Sustainability.  Although KCRW lists him as Executive Director of Heal the Bay, he has apparently stepped down from the presidency but remains a board member of the organization.  (Source: http://www.environment.ucla.edu/news/article.asp?parentid=13657 and http://www.environment.ucla.edu/people/person.asp?Facultystaff_ID=118)

Below is the write up from KCRW for this segment:

A Green Political Agenda for City Elections: Anti-tax activist Grover Norquist won power and fame by getting Republicans to sign a pledge to never vote for a tax increase. Maybe that’s what environmentalists should try – a pledge. A new study looks at how the city could become a lot greener through the next two mayoral terms… cut carbon emissions, use less water, boost solar and wind, double public transit ridership…and suggests that anyone who wants to get elected mayor or to the city council should sign on. One concern – there’s no dollar figure anywhere in the study.

First, New York has one, San Francisco, Philadelphia – big cities that also plan to be sustainable cities. Sustainability means living and working so that the world remains livable for the generations to come. It means cutting carbon emissions that build a warmer climate, using less water, generating less waste, while still ensuring an urban life that offers opportunity and justice.
A new study from UCLA – Visions 2021 LA – A model Environmental Sustainability Agenda for Los Angeles’s Next Mayor and City Council. It examines almost a dozen of what it calls ‘goal areas’ – with far ranging green policy prescriptions that would remake the city. And the study advocates asking politicians to sign on – a pledge to actually try to make this work if elected.
Guests:
Mark Gold: Executive Director, Heal the Bay [not correct as noted above]
Dakota Smith: LA Daily News
David Nahai: President, LA Department of Water and Power

You can hear the segment on the UCLA report at the link below:
Posted by California Policy Issues at 5:43 AM