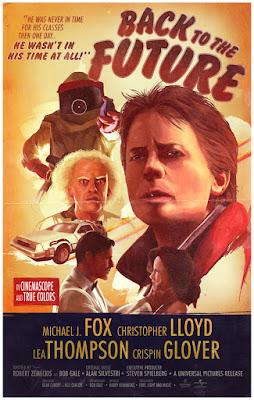 We seem to be having an updated return to the 1960s, although - unlike recent events at Berkeley - there has been less attention paid to two recent developments, one at UC-Santa Cruz and the other at UC headquarters in Oakland:
---
UC Santa Cruz agrees to all demands from black student group

SANTA CRUZ, Calif. — Students protesting what they believe is a "hostile climate" toward black students at the University of California Santa Cruz were locked inside an administrative building for three days until they scored a sweeping victory Thursday. Members of the university's African/Black Student Alliance organization took over Kerr Hall Tuesday, locked all of the doors, covered the windows with slogan-filled posters, and vowed to not leave until their demands were met.

Despite fearing for his safety, Chancellor George Blumenthal sat down at a negotiating table with 10 protesters at 4 p.m. Thursday. Blumenthal declined to meet protesters inside Kerr Hall because he had received threats. Instead, the meeting was moved to the biology building, and Blumenthal agreed to meet all four of the group's demands. The student's primary demand was over the Rosa Parks African-themed house, as well as combating racism at the university.

1) "Similar to EOP students and International students’ housing guarantees, we demand that ALL African Black Caribbean identified students have a 4 year housing guarantee to live in the Rosa Parks African American Themed House. Guaranteeing this would provide a viable living option to all (Afrikan/Black/Caribbean) identified students regardless of housing status and college affiliation. We demand a written agreement by the opening of housing applications in April 2017."

2) "We demand the university remove the beds and release the Rosa Parks African Themed House lounge so it can serve its original purpose. We demand the lounge be returned by Fall 2017."

3) "We demand that the university fund the ENTIRE exterior of the Rosa Parks African American Themed House being painted Pan-Afrikan colors (Red, green, and black) by the start of Spring quarter 2017. These Pan Afrikan colors represent Black liberation, and represent our diaspora, and the goals of our people."

University spokesman Scott Hernandez-Jason said housing is a concern for all students.

"We are working to increase the number of beds on campus through a student housing initiative," he told KSBW Wednesday.

The only television news interview that protesters have agreed to so far was with the national Fox News network.

"Having that red, black and green house in the middle of Stevenson College, which is a predominantly white-serving college, is a matter of symbolism and visibility," A/BSAleader Imari Reynolds told Fox News host Tucker Carlson.

The African/Black Student Alliance said its mission as an organization is "the liberation of all black people," and to serve as "a place and space for Afrikan/Black/Caribbean students to learn together, to teach together, to offer support for the various racialized macro-and-microaggressions, and also to challenge each other around some harmful ideologies we may hold toward practicing a fuller love for ALL Black people."

Students asserted that their building takeover should be described as a "reclamation," not "occupation."

Source: http://www.ksbw.com/article/students-uc-santa-cruz-building-takeover-enters-day-3/9606211
---
From a May 3rd article in Pensions & Investments describing a conference of chief investment officers in Beverly Hills sponsored by the Milken Institute:

...Jagdeep Singh Bachher, chief investment officer of the University of California Regents, said he received a phone call from staffers upon arriving in Los Angeles Wednesday morning that his office was being occupied by students, calling for the university to divest its holdings in fossil-fuel companies.

Mr. Bachher — who oversees $97 billion for the university, including its endowment, pension plan and other investment pools — said he told staff to send the police away and instead order “pizza and coffee” for the students. He stressed that continuing dialogue was needed.

Mr. Bachher has said in the past that he opposes full university divestment from fossil-fuel companies, but disclosed during the panel that the university has sold $350 million in fossil fuel holdings.

He said even Saudi Arabia is looking ahead as to what will happen to oil long term and working on diversifying its economy. “It makes sense we need to diversify our holdings,” he said, noting the university has to have 20-, 30- and 40-year plans for its energy holdings.

Mr. Bachher did not offer a time frame for the fossil-fuel stock sales.

Full story at http://www.pionline.com/article/20170503/ONLINE/170509922/gpif-university-of-california-cio-talk-manager-fees-esg-at-milken-conference
Posted by California Policy Issues at 6:29 AM