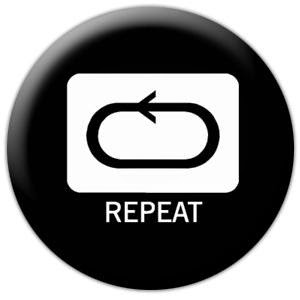 Some things are worth repeating. Sacramento Bee columnist Dan Walters has an op ed today noting that Governor Brown now "owns" the drought crisis.* Walters cites Brown's first iteration as governor in which he (Brown) let a medfly infestation - a big problem for agriculture - get out of hand. Although he didn't cite it, Prop 13 was another such crisis. A revolt was brewing over rising property taxes to which Brown and the legislature paid little attention until the tide overwhelmed their last minute efforts to address it. In that case, Brown managed to rescue himself and won re-election to a second term. Post-medfly, he lost a bid for the U.S. Senate and went into a long period of political oblivion.

We noted a few days ago that the drought, which will affect virtually all voters in some way, is likely to be another big attention grabber. It is big enough, we argue, that Brown's current contest with UC over tuition and budgets will be dwarfed.** Everyone is a water user; tuition at UC affects a relatively small number. If Brown has learned anything from Prop 13 and medflies, it is (or should be) to devote your political attention to what matters most to voters. Enrollment in online courses at UC is not going to be at the top of voters' agenda.

UC prez Napolitano - picked by the Regents for political skills - should be able to make the point if Brown somehow doesn't see it, and get some kind of tuition/budget deal for UC without the Sturm und Drang that has so far accompanied the issue. Otherwise for Brown, history could be repeating: