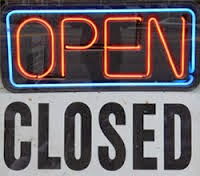 The San Diego (405) Freeway will undergo full directional closures in West Los Angeles this week to accommodate roadway widening work that is part of the ongoing Sepulveda Pass Improvements Project.  All southbound lanes will be closed between Sunset and Wilshire boulevards from midnight to 5 a.m. Tuesday and Wednesday, according to Metro.  All northbound lanes will be closed between Santa Monica Boulevard and Moraga Drive from midnight to 5 a.m. Thursday, according to Metro.  Lanes will begin to close at 10 p.m. and ramps will close as early as 7 p.m. in advance of all three closures, according to officials...

Source: http://santamonica.patch.com/groups/around-town/p/more-i405-closures-fpr-road-widening
Posted by California Policy Issues at 4:30 AM