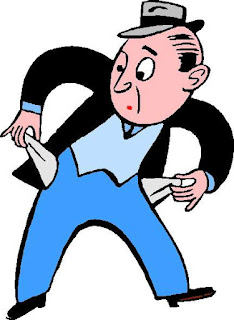 From the San Francisco Chronicle: UC Berkeley's plan to sell special football seats to pay off nearly half a billion dollars in stadium debt has long inspired skepticism, as if Cal were setting up a lemonade stand to finance a home mortgage. True, each of those chairs at the newly renovated Memorial Stadium costs $40,000 to $250,000 and is yours for 40 or 50 years. But even Cal officials, who had said they would sell all 2,902 pricey seats by this month, grew skeptical of their own claims last fall. The latest figures show sales have stagnated at 1,857 seats. Declined, in fact. Sixteen buyers gave their seats back this winter, stopping payments and cutting short their ownership deal. None of that surprises longtime critics of the stadium renovation...
Full story at
http://www.sfchronicle.com/collegesports/article/Cal-scrambling-to-cover-stadium-bill-4604221.php
Blog readers will see the similarities to UCLA's Grand Hotel project.
It's coming soon to a parking structure near you!
There is one difference.
UCLA has blended its project with other enterprises.
So the Grand Hotel will always officially seem to meet its business objectives.
Berkeley just wasn't creative enough in doing its stadium.
All you need is money - or creativity:
Posted by California Policy Issues at 4:17 AM