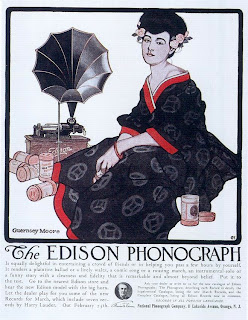 [And a repeat of question made several times on this blog before: If the Regents can live-stream and record their sessions, why can’t they simply post the resulting audio on their website after each meeting as an archive?  Why do we have to request the audio recording after each meeting and await its arrival by mail?  For example, the City of Santa Monica makes available video and audio recordings of its meetings as an archive on its website.  See:
http://www.smgov.net/video/]

The missing piece of the afternoon included a report by Dean Edley on his UC-Davis pepper-spray report plus part of the subsequent discussion of the UC budget and the May revise.

Dean Edley praised UC-Davis Chancellor Katehi for her post-pepper-spray actions.  When asked whether the Regents should have a position on the arrests of students in a post-pepper incident that involved blocking access to an on-campus bank, Edley gave a long answer but concluded that the Regents should stay out of such matters.

Regent Norman Pattiz was annoyed that the Regents were spending so much time on the pepper and bank incidents when the UC budget was much more important and was angered that demonstrators had disrupted the morning meeting.  Academic Council Chair Anderson said he wanted the Academic Senate to look at the issues covered in the Edley report.

In the budget discussion, there was praise of the governor for not cutting UC more than he did in the May revise.  Some listeners might find this praise to be overly effusive.  There was reference to discussions with the governor and other state officials about a multiyear agreement but nothing that suggested that such an agreement was being reached.  It was noted that the governor’s proposed Cal Grants cuts would tend to undermine the Blue and Gold program that subsidizes tuition.  There were comments that assuming the state adopts a budget on time, i.e., before July 1, the Regents should make a tuition decision at their July meeting.

Audio of the full afternoon session is at:

The earlier blog post on the afternoon meeting which takes up the story from the text above is at:
http://uclafacultyassociation.blogspot.com/2012/05/listen-to-partial-audio-of-afternoon.html

UPDATE: With regard to the cuts in Cal Grants the governor proposed, the Legislative Analyst is recommending the legislature reject the cuts and instead create a commission to look at the issue of focusing the grants on the neediest students.  However, the commission would not report until January 2013, so there would not be cuts this coming fiscal and academic year.  Of course, proposals and recommendations are not enactments.  Only the legislature can enact.  The Leg Analyst's view can be found at:
http://www.lao.ca.gov/laoapp/budgetlist/PublicSearch.aspx?Yr=2012&KeyCol=612
Posted by California Policy Issues at 11:29 AM