The Crack in Forever and the Japanese Garden Sale 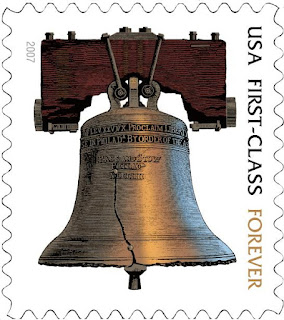 A column in the Huffington Post LA discusses the Japanese Garden issue, emphasizing the “in perpetuity” promise that was part of the history of the garden donation.  It cautions future donors that since perpetuity seems to have ended with the ongoing sale of the garden, they may want to be cautious about future gifts.

It may well be that UCLA and the Regents should not have pledged to do something forever.  But that is what happened and this matter might have been better handled as a result.  As prior posts have noted, it appears that the sale is not conditioned on any pledge by the buyer to preserve the garden.

Below are some excerpts from the article and a link to the full text:

UCLA occupies an esteemed position in the world of higher education and has many generous supporters. In fact, on March 16, 2012, a Chronicle of Higher Education headline trumpeted their fundraising prowess -- In Education: UCLA Endowment Is Fastest-Growing Among Major U.S. Schools -- and on March 15, 2012, Bloomberg reported: The University of California, Los Angeles endowment has grown the fastest among U.S. colleges since 2008 as markets recovered and gifts from philanthropists such as casino mogul Kirk Kerkorian surged.

Well, Mr. Kerkorian and other donors, beware: once you're gone, UCLA might just overturn the terms of your bequest if they deem such a move in their financial interests, despite having legally agreed to abide by your wishes and intent. That's happening right now in the case of the Edward Carter bequest. And, he wasn't just any donor -- he was once chairman of the Board of Regents, and a Regent for 36 years…

Preservation of significant designed landscapes, as I've written previously, is no easy matter, so any entity's pledge to maintain a nationally important work of landscape architecture "in perpetuity" is a victory. And the fact that the donor provided a mechanism to endow the garden is both prescient and critically important…

Forever is usually thought to be a long, long time:
Posted by California Policy Issues at 7:11 AM

On the other hand, you don't want to start discussing details about your personal life on your business blog. You have to find the right balance, and with practice you'll discover it. You should not, however, blog about anything that you wouldn't write in a business email.

Remember that your blog is only effective if it serves the needs of your readers and keeps them interested in your business.