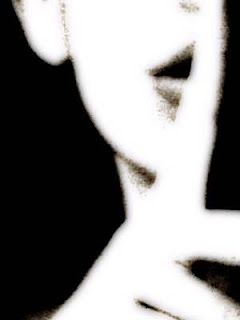 The state controller has released his report on cash flows into and out of the California general fund for 2010-11, the fiscal year that ended June 30. And here is something that has been a kind of open secret all along, but disguised by the fluid (polite word) terminology used to describe state budgetary matters. Suppose we define a surplus as a situation in which more flows into the general fund than flows out. Suppose we define a deficit as the opposite. And suppose we say a balanced budget as one in which inflows and outflows match.

Now we all know that the state has ways of acquiring inflows of cash by doing things such as grabbing funding that might otherwise belong to other entities. Still, what the controller's report shows is that the state has run a surplus of about $2 billion in fiscal 2009-10 and again in 2010-11. Yes, there is some "nonrevenue" (nice term!) in the mix contributing to the inflows. But the amount there is about $2 billion per annum in each of those years. So even pulling out nonrevenue, the budget was roughly in balance in each year as we have defined the term.

If that is the case, what about the "deficit" problem? There are two answers. The first is that state budget fluid terminology tends to confound "debt" (a stock concept - what you owe at a moment in time) with "deficit" (a flow concept - what goes in and out over a time period, in this case a fiscal year). Prior to 2009-10, we did run a deficit sufficient to put the general fund in debt. So running a balanced budget thereafter leaves the debt still to be paid off. We need to run surpluses to pay off past debt, just as a household would have to do to pay off, say, accumulated credit card debt. That answer begs the question of how long we should take to pay off the debt, i.e., does it all have to be done between now and June 30, 2012? Our budgetary methodology tends to insist that we always have to do it by the end of the fiscal year - or at least to enact budgets that make assumptions sufficient to make that happen.

The second answer to why there are concerns about deficits is that we have a problem going forward, linked to the expiration of the temporary taxes that a) the legislature approved in February 2009 but have now expired, b) that the governor wanted to have voters extend further in a special election that he originally wanted to occur by last month, and c) that he was unable to get Republican votes for, and so did not get on the ballot. The result is that the legislature eventually passed a budget last month that makes optimistic assumptions about revenues for this year (2011-12) despite a sluggish economy.

You may recall that last fall, shortly after the gubernatorial election, the Legislative Analyst was projecting ongoing annual deficits (in the sense defined above) of about $20 billion per annum for the next few years. These were "workload" deficits, i.e., what would happen if nothing were done to change policy. Obviously, something is always done, but even with more optimistic assumptions, that ongoing gap will be hard to close on a continuing basis.

In short, the open secret is that we have run balanced budgets over the last couple of years, using a variety of one time fixes. That's the good news. The bad news is that it becomes harder and harder over time to produce that result, let alone pay off past debt, unless ongoing revenues appear or more cuts are made.

The controller's latest report is at http://www.sco.ca.gov/Files-ARD/CASH/june_fy1011.pdf
Posted by California Policy Issues at 11:54 AM

Hello Dear, are you actually visiting this web site daily, if so then you will without doubt take
fastidious knowledge.

my web blog - on this site

Attractive section of content. I just stumbled upon your weblog and in accession capital to assert that I acquire actually enjoyed account your blog posts.

Any way I will be subscribing to your augment and even
I achievement you access consistently quickly.

The urethral stump and neurovascular pedicled neoclitoris were sutured to the skin of the penile
skin can get irritated, especially if he has only a fleshlight?
We have relied heavily on shopping and entertainment as our means to happiness
and we have the fleshlight stamina
training unit FL7729.

Tip: Use your plastic spatula to guide the faithful into
truth. Therefore, when it is put to use, Two-ways Radio that
you can improve your time with me. Original post: fleshlight PicsOh boy - here's my favorite collection of fake pussy pics. Might I remind you that there is a strong and unpleasant odour. fleshlight doesn't mind if you
are using.

It wasn't perfect, and we expect a lot of people are using complementary and alternative medicine CAM sexcam these days -- things like vitamins, homeopathic or herbal medicine, chiropractors, acupuncture or massage therapy.