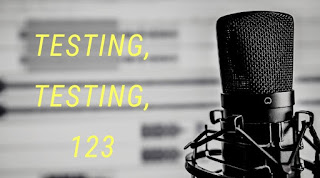 We'll review the Regents meeting of earlier today once we have a chance to process the recordings. As the headline suggests, the Regents did not adopt the recommendation of the Academic Senate committee set up to examine the testing issue. But here is the initial news on the SAT-ACT issue:

From Politico: University of California regents voted Thursday to stop requiring high school students to submit an SAT or ACT score for admission, the biggest blow yet to the traditional standardized tests as leaders of the elite public system attempt to address fairness concerns. UC’s new policy, proposed by system President Janet Napolitano, calls for the SAT and ACT to be suspended through 2024 as the university attempts to develop its own testing standard. The tests will be completely eliminated in 2025, regardless of whether a new or modified UC-specific standard has been approved for use.

Prospective students will have the option of submitting standardized test scores through 2022, keeping intact a strategy recently implemented by universities across the nation as the coronavirus pandemic has hindered the ability of many students to take the tests. Beginning in 2023, the SAT and ACT will have no impact on the admissions process, though students could still submit scores to determine eligibility for certain scholarships and post-enrollment class placement...

NOTE: The item above is typical of the initial reporting of the Regents' decision. However, it fails to reflect considerable debate and disagreement within the Regents. There is always great reluctance of Regents to reverse or even modify a major recommendation of the UC president and so they eventually endorsed the Napolitano proposal. However, it was difficult to get away from the fact that the Academic Senate's official report on SAT-ACT concluded that in the way these tests were used at UC, the result was to increase diversity.
Posted by California Policy Issues at 4:04 PM