If he actually said it, it isn't true 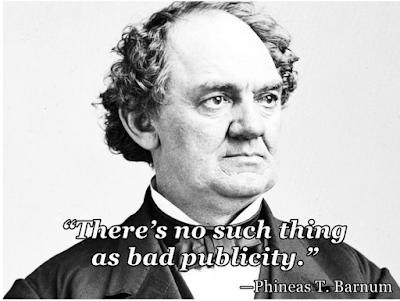 The San Diego Union-Tribune has been pursuing the scandal at the state Public Utilities Commission revolving around its former chair, Michael Peevey. The heart of the scandal involves matters before the Commission that were not properly handled. Both Berkeley and UCLA were drawn into the matter but the involvement involves activities very peripheral to the scandal.

In early April, days before The San Diego Union-Tribune reported that state criminal investigators had raised questions about UCLA dealings with the California Public Utilities Commission, the newspaper requested emails and other documents from the university under the state Public Records Act. The law requires public institutions to comply within 10 days, but this week UCLA notified the Union-Tribune that it would delay its response for the sixth time and records now are expected to be released early next year...

As far as yours truly understands, there was no illegal activity or wrong-doing at UCLA. If there was a problem, it was on the Peevey/PUC side. So getting the documents to the Union-Tribune sooner rather than later would be a Good Thing.

The story is also a reminder of something we have repeatedly noted on this blog. Your emails - especially at a public university - should not be viewed as private. Some of them may be private but don't count on it. And even ones that might be private have a way of circulating in ways you can't control.
Posted by California Policy Issues at 9:08 AM