The Peevey Scandal is About to Have Another Season 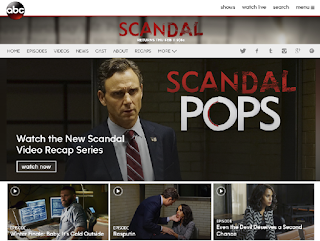 As we have noted, there is an ongoing scandal unfolding at the state Public Utilities Commission involving its former president Michael Peevey and a grant he tried to provide for a UCLA research program. However, as we have also noted, the scandal appears to be on the PUC side, not with UCLA. From the LA Times:

A state criminal investigation into the California Public Utilities Commission centers on former President Michael Peevey's persistent intervention into the process to assign costs for the failure of the San Onofre nuclear power plant, newly released court documents show. Specifically, Peevey pushed the idea of plant owner Southern California Edison funding $25 million of greenhouse gas research at UCLA as part of the $4.7-billion settlement deal. The power plant on San Diego County's north coast closed following a radiation leak in January 2012. A deal assigning 70% of the premature closure costs to utility customers has since been repudiated by two of the consumer groups that negotiated it, amid revelations about undisclosed private meetings, known as "ex parte" meetings, between regulators and utility executives. A sworn affidavit by an investigator for California Atty. Gen. Kamala Harris, unsealed last month, lays out the developing criminal case in detail for the first time. The 18-page document says improper meetings were held, which might bring misdemeanor charges, but that a conspiracy to commit those misdemeanors could be considered a felony...

Full story at http://www.latimes.com/business/la-fi-watchdog-peevey-20151230-story.html
Posted by California Policy Issues at 7:05 AM