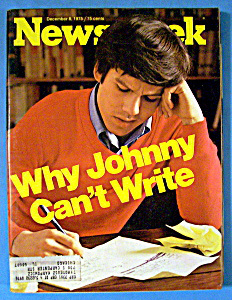 Rant of the day: An article appeared on Monday in Inside Higher Ed dealing with a speech controversy at Yale. But apart from the various views expressed in the article, it contained the sentence in italics below by an academic. Can anyone actually read it? Make sense of it? So if you're wondering about student writing problems, consider what their instructors are doing:

"While I know full well that employment sanctions are used primarily against the left -- and refuse to join the equivalence brigade which thinks that right and left are equally penalized by these sanctions or that offensive speech from the right is the same as provocative speech from the left, and that you can't tell the difference between the two -- I also know that there is no way the left can escape unharmed from this kind of employment sanctions regime, that we will never be able to win free speech fights if we are perceived as defenders only of speech from our side."

Email ThisBlogThis!Share to TwitterShare to FacebookShare to Pinterest
Labels: Yale