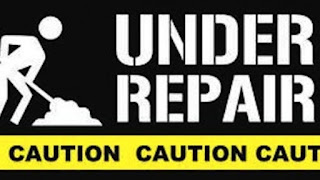 Note: Below is the latest posting. How long the closure will last is unclear.

A portion of Charles E. Young Drive South near Westwood Plaza is closed as crews work to repair damage caused by a water main break. The southern entrance to Parking Structure 9 is accessible from northbound Charles E. Young Drive South but not from the southbound lane. Parking Structure 9 also is accessible from its western entrance off Westwood Plaza. Campus officials ask that drivers avoid the area as much as possible. Structure 9 parking permit holders should be on the lookout for traffic control officers and signs deployed to ease traffic flow. Campus facilities, transportation and fire officials responded to the water main break about 5:35 p.m. on Friday on Charles E. Young Drive South, near the entrance to the Fielding School of Public Health and the Neuroscience Research Building. The road was closed in both directions between Tiverton Drive and Westwood Plaza. On Saturday, the northbound lane was re-opened between Westwood and the parking structure, but both lanes remain closed between Tiverton and the structure. On Friday, water service was briefly interrupted to several floors of the Center for Health Sciences complex but was restored by 9 p.m. No other outages were reported. Facilities officials said a crack in the 8-inch campus water line caused it to rupture.


Source: http://newsroom.ucla.edu/stories/charles-e-young-drive-south-closed-to-traffic-following-water-main-break
Posted by California Policy Issues at 7:43 AM