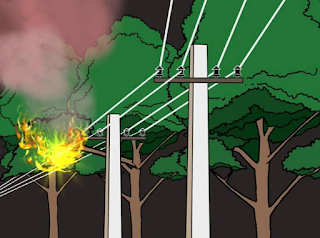 In the upcoming Regents meeting next week, there is an action item (an item calling for a vote - not just discussion) dealing with funding the pension system. The good news is that the item addresses the underfunding of the defined-benefit pension. The bad news is that an obscure sentence in the item short-circuits the process set in motion to come up with revised pension for new hires.

As blog readers will know, last June UC prez Napolitano and Gov. Brown in the so-called "Committee of Two" deal reached an accord on tuition, UC funding, and the pension system.* Let's put aside discussion of whether it was a good deal since that issue has been addressed in earlier blog posts. The deal is what it is. It includes payments into the pension system if UC's pension system comes under a cap (currently a little over $117,000). In effect, a new pension tier would have to be created for new hires to comply with the Committee of Two deal. And designing the new tier would have to be done within a compressed time schedule since we are talking about new hires as of July 1, 2016.

This past August, a committee was named by Napolitano now known as the Retirement Options Task Force (ROTF).** ROTF includes faculty (including Senate), administrators, and staff as members. It has yet to make any recommendations. As originally discussed at the time the Committee of Two deal was announced, because the cap made the pension uncompetitive for faculty, the thought was that the redesign would be the capped pension plus some kind of supplement, probably a defined-contribution plan. But other options were possible. The key point, again, is that ROTF has yet to come up with a recommendation. When it does come up with a recommendation, the Regents will consider it. Ultimately, the decision on what the new tier will be is a Regental matter. And since ROTF has not come up with a recommendation, the Regents were not scheduled to consider the matter in November.


On the agenda for the Regents next week is Item F2.*** As you can see from the screenshot title below, the item purportedly deals only with pension funding. [Click to enlarge.] There is nothing in the title that hints that there is anything about what the new tier will be contained in the item.

The title is followed by an executive summary (see below; click to enlarge) which also deals only with funding. Again, there is nothing in the summary that discusses a new pension tier.

So if you are a busy Regent, you might well conclude that this item is purely about funding. If so, you would be wrong thanks to a single sentence on page 3 (under "Financial Analysis-State Support" - click to enlarge):

“New employees will have the opportunity to choose a fully defined contribution plan as a retirement option, as an alternative to the PEPRA-capped defined benefit plan.”

That single sentence declares that there will be a defined-contribution-only (DC-only) option for new hires. Yet there has been no such recommendation from ROTF. If the Regents vote to approve what they may well think is a purely funding item, they will also be declaring in a public forum what the new tier will be. If you were a prospective faculty member (or any other employee) being recruited to UC on or after July 1, 2016, the Regents would have obliged themselves to offer you a DC-only plan.

Now DC-only might possibly be recommended as an option by ROTF under the process set up last August. There are pros and cons from the employee viewpoint with such an option. However, were DC-only to be adopted, it raises funding issues for the basic pension plan. What proportion of new hires would elect DC-only as opposed to whatever else might be offered? The key issue here is that no one has had time to research and discuss these matters. Sticking in a Regental obligation to offer DC-only as an option via an obscure sentence in Item F2 wipes out the chance for reasoned consideration. It undercuts a process - which would surely include Academic Senate comment and input - that had been promised by the UC president.

It would be interesting to know exactly how the offending sentence got inserted into F2. Someone seems to want DC-only as an option. But in any case, the offending sentence in Item F2 needs to be removed and an amended F2 without the sentence substituted before the Regents meet next week. If it isn't removed, the process by which the new pension tier was to be designed is undermined.****