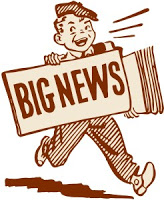 There are more dribs and drabs about the state budget leaking out of Sacramento. There is still no comprehensive budget available at this time from the Dept. of Finance (governor) or from the Legislative Analyst's Office (LAO). Below are tidbits from the Sacramento Bee:

The Newsom administration agreed to back off on more than $650 million in proposed cuts to child care programs, which would have amounted to a 10 percent reduction. That would have cut money to pay child care workers and fund facilities. The budget still cuts funding from early education and preschool programs, an area of the budget where the state had trouble spending all the money it had allocated the previous year.

The Newsom administration also rescinded more than $200 million in proposed cuts to in-home supportive services and other programs that help elderly, blind and disabled people with housework, transportation, personal care and other tasks so they can live independently. Groups that advocate for the elderly and for health care access argued that those cuts would force more people into nursing homes, which they argued would be devastating during a pandemic. More than 40 percent of California’s COVID-19 deaths have occurred in those homes, according to data from the California Department of Public Health. The budget deal also doesn’t include the administration’s proposed changes to Medi-Cal eligibility requirements that could have shut tens of thousands of low-income seniors out of the state health insurance program.

“What this budget deal means is that tens of thousands of low-income seniors will be able to get comprehensive coverage through Medi-Cal, to take care of their condition, including those that exacerbate the effects of COVID-19,” said Anthony Wright, executive director of Health Access California.

Cities are getting $550 million for Project Roomkey in federal funding already sent to states at the start of the pandemic. The money will let cities continue housing vulnerable homeless Californians in hotels and motels. Cities will also get $500 million and counties will receive nearly $1.3 billion to use for a variety of services, including homelessness, public safety and public health.

“Counties’ role in the COVID-19 pandemic is to act in partnership with state government. Counties truly appreciate Governor Gavin Newsom and the Legislative Leadership for this significant reimbursement of funds to partially cover COVID-19 costs including public health and emergency response,” said Graham Knaus, executive director of California Association of Counties, in a statement. “The 2020-2021 State Budget acknowledges the tireless, important work that California’s Counties handle day in and day out as THE local public health and emergency response authorities.”

There is one catch. The money is contingent on local governments complying with Newsom’s COVID-19 executive orders, which include the stay-at-home and mask mandates. The governments will have to prove compliance with the Department of Finance, and then the State Controller can allocate the money.

The budget would save about $3.6 billion per year by cutting state workers’ pay by roughly 10 percent and canceling the raises many are scheduled to receive in July. The deal gives Newsom the authority to impose two furlough days per month if pay-cut deals can’t be reached with unions that haven’t yet negotiated with the state.

California’s university systems will each lose about half a billion from their budgets under the deal announced Monday. The budget cuts $470 million from the University of California and $500 million from California State University, although that funding could be restored if the federal government provides more aid money. Some programs and departments, however, will get money originally included in Newsom’s January budget proposal, including $25 million for UC Riverside School of Medicine and $5 million for the UC Davis Grant Program for Animal Shelters.

Another $4 million is set aside in summer financial aid for UC, and $6 million for CSU students.

WON SOME, LOST SOME

The budget includes some additional aid for small businesses affected by the pandemic, which Newsom said Monday is specifically designed to help businesses that haven’t benefited from federal business aid. The budget deal also suspends some tax breaks for companies, which Republicans have pointed out is a tax increase for businesses during the recession. It prohibits businesses with income exceeding $1 million from writing net operating losses off on taxes from 2020 through 2022. It also limits people and corporations from claiming more than $5 million in business incentive tax credits over the same period. Businesses prohibited from using the credits over the next three years will be allowed to carry them over into future years.

Some lawmakers had pushed to expand eligibility for Medi-Cal, the state’s insurance program to low-income people, to undocumented seniors, but that didn’t make it into the final deal. The budget deal does expand eligibility for undocumented immigrants to claim earned income and young child tax credits if they have a child under age 6, a victory for immigrant advocacy groups that have been pushing for that change for years.

California’s K-12 schools and community colleges dodged billions in cuts Newsom included in his May budget plan. The budget essentially kicks those cuts down the road. The state will delay payments to school districts, letting them continue to operate by borrowing or using cash reserves. But the state eventually will have to pay up if federal assistance doesn’t materialize.

The plan also prohibits layoffs to teachers and classified employees, which include custodians and food workers. “While this budget prevents the worst cuts in the short term, it still puts our students and our communities at risk,” said Jeff Freitas, president of the California Federation of Teachers. “As teachers and classified professionals we will continue to demand the revenues our students need to succeed.”