Decision and a Decision to be Made 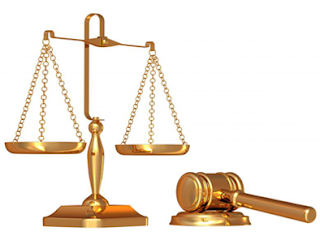 Organized disruptors — both students and non-students — who shut down a pro-Israel gathering at University of California Los Angeles in May 2018 might not be prosecuted, according to information from LA City Attorney Mike Feuer’s office. Instead, they will be called to a confidential but mandatory proceeding called a “City Attorney Hearing,” an alternative to prosecution that can be described as a “warning” not to repeat the conduct in question.

One legal expert compared it a “deferred prosecution,” but stressed that a full trial could still result. Victims generally do not appear at such a hearing, the City Attorney’s office explained, and usually no criminal record is attached. Still, the prosecutor retains the right to issue charges later if he feels the illegal conduct has recurred or may recur. Los Angeles conducts hundreds of such closed-door hearings each year to dispose of minor misdemeanors arising from, for example, neighbor disputes, domestic disharmony, or curfew violations.

To the south of Los Angeles, newly-installed Orange County Prosecutor Todd Spitzer is still undecided about prosecuting rambunctious disruptors of a pro-Israel event at the University of California Irvine that also took place last May, according to official university sources. Spitzer’s office has asked for additional police investigation to develop more facts...

Note: The item above is the only account yours truly could locate, albeit a month after it appeared.
Posted by California Policy Issues at 7:33 AM