Enough with the Outrage - Part 2 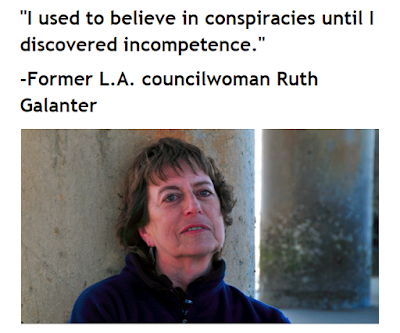 We recently noted that various editorial writers are more put-out-of-shape than they should be about the state audit scandal. When we last made the point, it was about a San Diego Union-Tribune editorial. See:
http://uclafacultyassociation.blogspot.com/2017/11/enough-with-outrage.html
Now it's the Mercury-News.* I  know. It's hard to find something to be outraged about during the long Thanksgiving weekend when a column is due. So best to write up something last week, put it in a draw, and then pull it out on Thanksgiving. But can we give the audit topic a rest now? The audit scandal, which I previously rated as 5 out of 10, is one of those things that bureaucracies tend to produce. So let's all take a deep breath, calm down, and move on. And by the way, editorial writers who may be waiting in the wings, if you actually paid attention to what occurred at last week's Regents meeting (when the audit was just one of the topics), you might have noted the ongoing problems with UCPath which are more pressing. There was a lot of assurance that everything is now under control and a lot of reason to be dubious.
---
*http://www.mercurynews.com/2017/11/24/borenstein-how-uc-president-napolitano-undermined-state-audit/
Posted by California Policy Issues at 11:59 AM