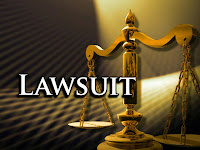 Livermore Retirees Sue University Over Health Care Benefits (excerpt)
Elizabeth Lesly Stevens, NY Times, 1/1/11
As one of the country’s leading nuclear physicists at one of the country’s most prestigious scientific institutions, Jay Davis has worked in the golden hills of Livermore and weapons depots of Iraq. In 1988, Mr. Davis founded the renowned Livermore Lab’s Center for Accelerator Mass Spectrometry, which reveals the chemical makeup of substances and has helped advance research across many disciplines.
...Now, to Mr. Davis’s surprise, his long association with Livermore Lab has brought him to a courthouse in Oakland. There, a State Superior Court judge is considering a lawsuit that Mr. Davis, now 68, and three of his fellow Livermore retirees have brought against the Regents of the University of California.
The retirees, who received U.C. paychecks for decades, say the university unfairly cast them out of its retiree health care system shortly after the federal Department of Energy, which owns the lab, turned management over to a private company in 2007. The new entity, Lawrence Livermore National Security LLC, is comprised of the Bechtel Corporation, the Babcock & Wilcox Company, URS Corporation, Battelle,— and the University of California.
The University of California, as part of the restructuring, shifted the burden of providing health benefits for approximately 5,000 Livermore retirees to the new entity. Counting spouses and other dependents, about 7,500 people were affected by the change.
As state and local governments and public entities like the University of California grapple with the skyrocketing costs of providing pensions and health care benefits to retirees, a movement is afoot nationwide to devise ways to ease that financial burden. At the University of California, retiree obligations, even absent the Livermore retirees, threaten the institution’s long-term financial viability. Its pension fund is underfunded by $21.6 billion. In mid-December, the Regents announced a plan to push back by five years the retirement age for future employees, to 65, and to cut U.C.’s contributions to the cost of retiree health care.
The university also faces threatened legal action from a group of its highest-paid executives. The San Francisco Chronicle reported Wednesday that it had a copy of a letter sent recently to the Regents by 36 senior university executives who are demanding that the university let them accrue pensions based on their entire paycheck instead of capping the eligible salary at $245,000. Such a move would cost the pension fund another $5.5 million a year, in addition to $51 million in retroactive payments the executives demand. The executives claim in the letter that the Regents had earlier agreed to remove the cap, but reneged because of the dire financial condition of the university and its pension fund.
...Mr. Davis and the Livermore retirees say that the health coverage offered by Lawrence Livermore National Security is far inferior to even the diminished plan now offered by the university. They also fear that L.L.N.S. will one day simply cease to cover them.
Their case will test the question of how free an employer is to renounce what were once regarded as “vested” benefits. A retiree’s right to cash payments out of a solvent pension fund is generally unassailable, but other expensive post-employment benefits, like health care, may not be. Private-sector employers have fought these battles for years, and in many cases have wriggled free of these obligations.
...The retirees say they tried to discuss their concerns with the U.C. president, Mark Yudof, and university general counsel, but were rebuffed. Appeals to local elected officials and the Regents went nowhere, they say. Lawrence Livermore National Security is “a business fiction with no real assets,” Mr. Davis said. Information on it is scant. Its spokeswoman did not respond to requests for comment. Its annual report noted 2009 “costs” of $1.5 billion but offered little other financial information. (It did, however, trumpet saving $1.8 million in pension and benefits costs last year.) The University of California declined to comment beyond pointing to legal filings it had already submitted. U.C. argues that the retiree claims have no merit because the retirees cannot produce a university document that states that retiree health benefits were promised “for life.”
Judge Frank Roesch of Alameda County Superior Court ruled Dec. 17 that the retirees had not yet provided sufficient evidence to support their claim that the university had promised retirees health coverage “in perpetuity.” The retirees argue that the university has not made its microfiche records sufficiently available so that they can find a specific document or official pronouncement made between 1952 and 2007 that would substantiate their claim to lifetime coverage. They have until mid-January to present such a record to Judge Roesch. Some of the Livermore retirees’ health care costs have already risen by thousands of dollars a year, they say, while the quality of the coverage has deteriorated...
Full story at http://www.nytimes.com/2011/01/02/us/02bclivermore.html

UPDATE: Oakland Tribune story on the same issue http://www.insidebayarea.com/top-stories/ci_17009984
Posted by California Policy Issues at 10:19 AM