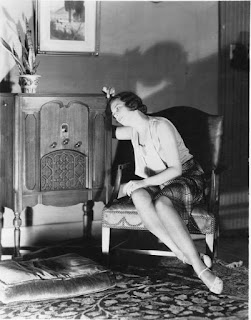 The morning session of the Regents on July 30th included both the full board and the Finance and Capital Strategies Committee which had been held over from the previous day due to time constraints. It began with public comments covering layoffs, the Hawaiian telescope (TMT = Thirty Meter Telescope), racism, campus policing, SAT/ACT, coronavirus, and labor relations. Public comments were followed by reports from student representatives, various awards, and a presentation and discussion of the accountability report. That report dealt with such matters as UC response to the coronavirus, women in higher education, graduation rates, etc.

After a brief pause, the TMT presentation occurred presented and chaired by Chancellor Yang of UC-Santa Barbara. Reports from the astronomer perspective dealt with the potential scientific advances that could be made by the TMT. There were statements that a quarter of the astrophysics community is at UC and without TMT UC would lose its eminence in the field. Three native Hawaiians spoke against the project on religious and cultural grounds. Two native Hawaiians spoke in favor; one an astronomy student and the other a traditional mariner who spoke about tradition use of stars by Hawaiians in navigation. After much discussion, the matter was simply deferred. While some of the native Hawaiians and the public commentators who opposed the project demanded the board vote immediately to kill or move the project, that did not happen (nor could it under Regental rules, since the agenda listed TMT as a discussion item).

Comment: Remarks by Chair Pérez prior to the session indicated skepticism about the project in Hawaii. He focused on the issue of location and alternative location - with the alternative (as blog readers will know) being in the Canary Islands. At one point, it was said that while the alternative was less good because some of the southern sky could not be seen, "90%" of the work that could be done in Hawaii could be done at the alternative location. It isn't clear what "90%" means, but to a person with a political background - and thus used to compromise - such as Pérez, getting 90% of what you want would sound pretty good. Moreover, there is the practical matter that the powers-that-be in Hawaii from the governor on down seem - in the end - unwilling to confront the protesters who physically block the construction. So, even if UC continues with the current plan (in Hawaii), it is not clear how the project would be built, given Hawaiian politics. It was supposed to be completed this year, but years of planning, litigation, and protests have not produced actual construction. A complication that was pointed out is that the project involves partners such as various foreign governments and also involves NSF. Everyone would have to agree to the alternative site, and it's not clear if that can happen.

Various capital projects were approved in Finance & Capital Strategies. A project to replace an older medical building at UC-Davis was subject to some questioning by Regent Makarechian who was concerned that the coronavirus was causing a rethink generally about architecture of offices and other structures. Although what was being requested was funding for planning, not actual construction, he wondered if the plans would have to be redone. He also asked about the general state of UC-Davis finances in the light of the current crisis. In the end, the planning funding was approved.

You can hear the morning program at the link below:

Note: The Daily Cal's summary of the TMT session is at:
https://www.dailycal.org/2020/07/31/uc-board-of-regents-discusses-thirty-meter-telescope-on-maunakea/
Posted by California Policy Issues at 10:08 AM