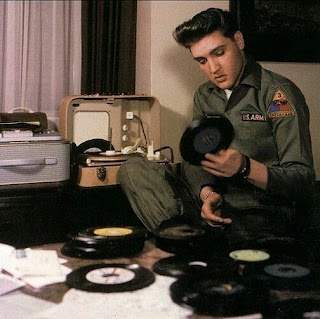 We continue our practice of archiving the audio of Regents meetings. At the link below (scroll down), you will find the audio of the full board meeting of May 16, 2019. As we have often noted, the Regents "archive" their official recordings of the meeting for only one year.

From the Bruin: The University of California Board of Regents voted to increase nonresident student tuition by $762 per year Thursday.

In March, the board tabled the vote after the council failed to come to a consensus regarding the tuition hike and its potential impact on international students. The board ultimately resolved to vote on the matter in May and request more funding from the state Legislature in the meantime.

UC President Janet Napolitano previously said failing to pass the tuition increase would result in a $30 million hole in the UC budget.

During the Thursday meeting, Napolitano said the regents added an amendment to allocate 10% of the revenue generated by the tuition increase to fund financial aid for nonresident students.

“Our needs are great,” Napolitano said. “Without this, we add another $30 million hole, and that will have an impact on the educational program we can provide for our undergraduate students, be they from California and be they from out of state.”

UCLA Chancellor Gene Block said he is glad the vote passed because the increase will expand core funds and educational programs for UCLA. The university has had to look for new sources of additional funding due to sharp cuts in state funding and increases in the size of its student body, Block said.

“UCLA has worked hard over this time to ensure student success and to improve graduation rates, but this can only be done if we ensure there are enough class sections and seats to avoid creating bottlenecks,” Block said.

Regent Lark Park said she had deep reservations toward the tuition increase because it would hurt low-income out-of-state and international students.

Fewer low-income international students have enrolled at the UC in recent years due to the increase in tuition, Park added.

===
Also from the Bruin: The governing board of the University of California met for the third day of its May meeting at UC San Francisco on Thursday. The Board of Regents voted to raise nonresident student tuition and discussed a potential partnership between UC San Francisco and a Catholic hospital system.

The board voted to increase nonresident student tuition by $762 per year, raising tuition for out-of-state and international students from $28,992 to $29,754 per year.

-Caroline Siegel-Singh, the vice president of external affairs of Associated Students at UC San Diego and president of UC Students Association, said students from certain UC campuses and racial backgrounds take on more debt than others. Siegel-Singh said low- and middle-income students are facing increasingly high tuition costs. She urged the board to consider the effects of raising nonresident tuition, adding she thinks the UC should not rely on the revenue generated from nonresident tuition for funding.
-Sarah Abdeshahian, a UC Berkeley student and vice chair of the Fund the UC campaign, said she opposed the tuition increase for nonresident students. She said she thinks students from all backgrounds should be able to afford a UC education.
-American Federation of State, County and Municipal Employees Local 3299, the UC’s largest employee union, protested the outsourcing of UC worker’s jobs. A few AFSCME members were arrested for illegal assembly, said Eric Partika, captain of the UC San Francisco Police Department.
-Sahiba Kaur, a senator in Associated Students of UC Davis, said pesticides used on UC grounds are harmful to groundskeepers and community members. Kaur said the UC continues to use chemicals and pesticides prohibited by the state of California and added she thinks the UC should let groundskeeping workers, scientists, experts and student government representatives sit on the committee overseeing the issue.
-Patricia Robertson, a perinatologist at UCSF, said she thinks UCSF should not partner with Dignity Health, a Catholic hospital system because she thinks hospital operations and services such as abortion would be restricted by local bishops. Robertson said there are other ways to add beds without having to affiliate with a Catholic institution.
-Kathleen Jordan, the chief medical officer at St. Francis Memorial Hospital in San Francisco, said many allegations against Dignity Health, such as the claims the hospitals will limit access to care for LBGTQ individuals, are not true. Jordan said the hospital discusses all treatment options with patients and does not discriminate against any patients. She also said bishops are not involved in the decision-making process of the health care system.
-Dana Gossett, an obstetrics, gynecology and gynecologic professor at UCSF, said she supports the partnership with Dignity Health. Gosi said Dignity Health has a gender-affirming program for its transgender patients and no care would be taken away from patients.

You can hear the meeting at:


or direct to:
https://archive.org/details/regents-board-5-16-19edit
Posted by California Policy Issues at 8:32 AM