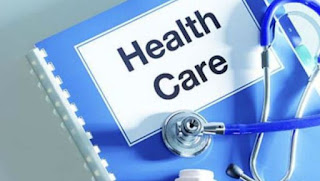 Blog readers will recall that a committee was set up to examine options for modifying the UC retiree health care program. The committee was established after an item appeared on the Regents' agenda for considering such options and was then removed after it was disclosed that there had been no Senate consultations beforehand.

There were some indications that changes might be made to retiree health starting in 2020, despite the fact that the committee had not made recommendations. It now appears that the committee has been given a wider charge to examine the full range of UC health offerings with major changes coming not before 2021. Still unclear is what will happen in 2020. UCOP is apparently going ahead with an RFP to big carriers asking for bids on a possible new program starting in 2020. The new retiree program apparently would involve a switch from self-insurance by UC to the insurance risk placed on the carriers. Below is a letter outlining some of these developments: {The images of the letter below may be sharpened by clicking on them.} 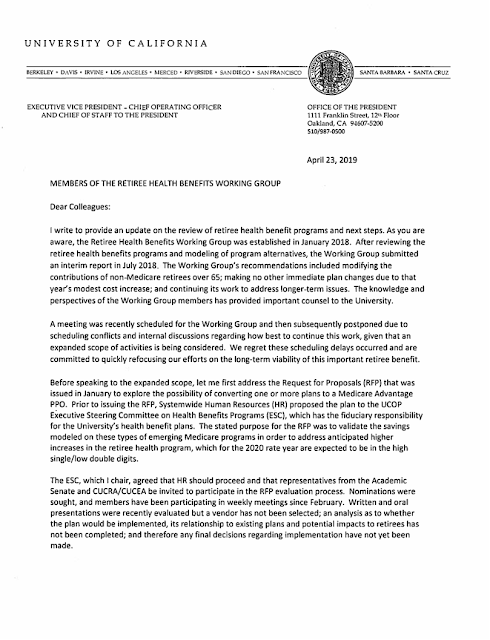 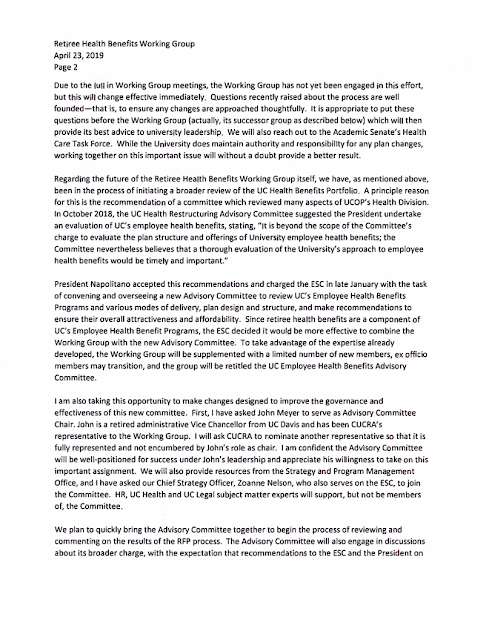 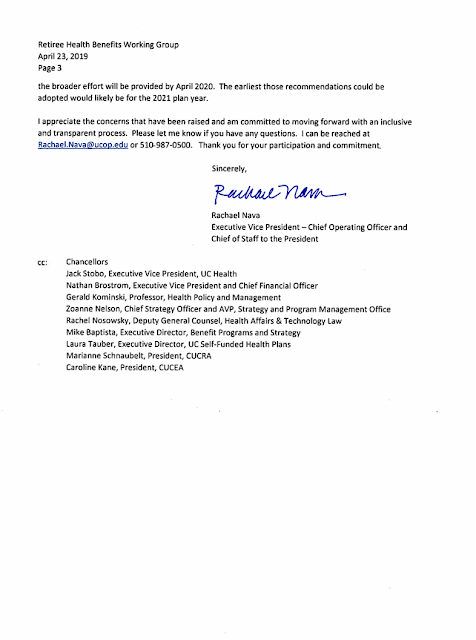