Listen to the Regents Investments Subcommittee of Nov. 14, 2017 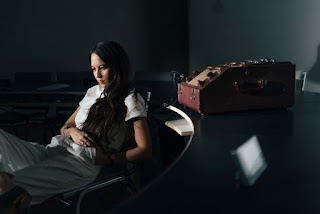 The Regents Investments Subcommittee met one day ahead of the other components of the meetings this week.

There was a general review of rates of return of the various funds under management of the Regents plus discussion of the individual campus foundations' returns.

Notable in the discussion of the pension plan were two elements. It was noted that the inflow of contribution funds into the pension fund is roughly equal to the outflow (benefits) and is projected to continue in that balance for the next five years. In effect, that fact means that the funding ratio (assets/liabilities) depends heavily on rates of return of the trust fund for the plan. The second, related, item is that it has been clear for sometime, and was made explicit at the session, that the chief investment officer and his entourage believes that the official assumed long-term rate of return of 7.25% is too high.

It was pointed out at the meeting that when the Regents at the behest of the "Committee of Two" (governor, UC prez) adopted the third tier, with the diversion of some inflows into a separate defined contribution plan, the inflow-outflow balance referred to above will be damaged. Less will flow in than otherwise would have occurred. The outflow, however, will not be much affected for a long time to come. It's not clear that outcome was fully foreseen when the state and the Committee of Two pushed the Regents to adopt the degraded plan for new hires.

You can hear the Subcommittee at the link below. Discussion of the 7.25% starts at roughly minute 51.