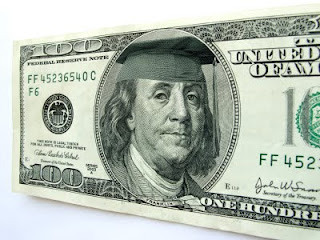 The writer of the LA Times editorial today on the "self sufficiency" model for the UCLA Anderson School of Management seems conflicted. (See earlier posts on the Anderson proposal - a proposal yet to be approved by UCOP and the Regents.) On the one hand, the editorial seems sympathetic to the School's proposed plan, given current budgetary realities. It seems sympathetic to the idea of diverting money saved from state funding of Anderson to educational programs that are less able to support themselves.

On the other hand, the Times is concerned that de facto privatization is occurring throughout UC via rising tuition but that no real public debate is taking place.

While UC administrators sometimes point to the Michigan Model of high tuition/high aid (for in-state residents), an element of that model was consultation between university, political, and interest group leaders. In the UC case, however, the process seems to be occurring as a byproduct of the budget squeeze without public discussion of the implications.

Some excerpts from the Times editorial:

The Anderson School of Management's proposal to move toward financial independence from the state is not a giant leap from public to private. For years, the UCLA business school, like many other UC professional schools, has been forced to find increasing sums of private money to maintain its operations. Tuition for California residents already is $41,000, and for nonresidents, $49,000. More than 80% of the school's budget already comes from private sources, and when other factors are accounted for, it's closer to 94%. Numbers are similar at several other UC schools, such as in dentistry, law and business.

This new proposal — under which Anderson would take no state money, funding itself solely through private sources such as tuition and donations —seems like the tipping point in the long-running decline of the nation's premier public university system. In truth, it's been too easy until now to ignore the more subtle tipping points along the way — the undergraduate fees that, although still a bargain compared with private colleges, have grown beyond the reach of many middle-class families; the shortage of classes that sends frustrated students searching for a course that will fulfill university requirements. And it has been many years since California could brag that its smartest college graduates, regardless of their financial circumstances, could take out a modest loan and afford the education to become a lawyer or MBA…

Dean Judy Olian told The Times that this represented a "win-win" for Anderson and UC. That might be true — the plan is well drawn. So why does it seem like such a sad turn of events?

Perhaps because no matter how much Anderson's leaders adhere to UC rules or bristle at the notion that the school is being privatized, that's what is happening. Other professional schools within the UC system have been floating the idea for years, and if Anderson's proposal is accepted, it almost certainly will set off a wave of similar plans…

At the same time, Anderson would still benefit from its association with UCLA, a great university whose international prestige was built up by California taxpayers willing to invest in first-rate education and research. What California receives in return are trained business leaders; 80% of Anderson's MBAs remain in the state to work. But that doesn't necessarily make Anderson different from any of the private business schools in the state…

As much sense as the Anderson plan makes, Yudof and the Board of Regents — and, for that matter, the Legislature — must consider much more than the reasonable aspirations of a well-regarded business school. The future mission of the University of California is at stake, and their decision must arise not from case-by-case proposals but from a well-articulated vision of what that mission will be. Some very limited privatization might be necessary, but under what limits? And what of a possible return to a public mission in the future? When the state's economy reawakens, Californians should not find that some of their most valuable gems were given away while they were sleeping.