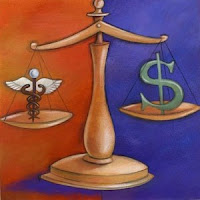 In an op ed in the NY Times, Peter Orzag - former Obama OMB director - makes a point that others have also made. Public higher education nationally is squeezed indirectly by rising health care costs. When state legislatures are faced with rising costs of health care for their share of Medicaid (Medi-Cal in California), they tend to reduce public higher ed budgets to pay for those costs. Most likely, this effect is a reflection of the fact that unlike many other public programs, higher ed has a potential non-tax source of funding: tuition. In any event, some excerpts:

A Health Care Plan for Colleges

Over the past few weeks, millions of parents sent their children off to college. But amid the packing and unpacking (and in some cases, the tears), most probably didn’t realize how increasing health care costs are harming their kids’ education.

By 2000, new associate professors at the University of Illinois and the University of Texas were earning about 15 percent less than their counterparts at Chicago and Rice. And by this year, the differential had widened to 20 percent.

Money may not be the only thing motivating professors, but over time this growing salary gap will undoubtedly pull the talented ones away from public higher education — the colleges and universities that three-quarters of our students attend...

...(S)tates tend to rob education to pay for Medicaid during economic downturns. And when the economy recovers, the money for education usually doesn’t get restored. Today, as in other business cycles, states are cutting back. ...(A)t least 43 states have made cuts to financing for public colleges and universities or have increased tuition.

Tuitions have risen significantly and now account for 37 percent of total public higher education budgets, up from 25 percent in 1985. Yet this has not been enough to offset state government cutbacks. That’s because, just 30 years ago, state appropriations generally accounted for about four times the revenue of tuition — so offsetting a 20 percent reduction in state support would require raising tuition by 80 percent. This is simply not politically feasible.

The result, as we’ve seen, is that public colleges haven’t been able to stay competitive with private universities... (E)vidence suggests that may already be happening. The U.S. News and World Report college rankings... provide some perspective. In the 1987 survey, there were eight public schools among the top 25; this year there were only three, and none in the top 20. In 1987, the top-ranked public university (the University of California at Berkeley) came in fifth. By 2010, Berkeley was still the top-rated of the public universities, but it had fallen to 22nd overall.

How can we reverse this trend? ...(S)lowing the growth of health costs may be among the best things we can do to help the next generation attend a high-quality public college.