Can a State Take Away Promised Pension Benefits? 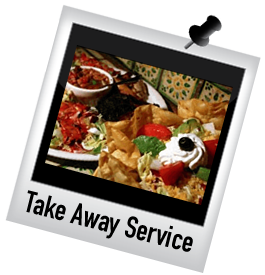 It has generally been accepted that accrued pension benefits promised by a state or local government cannot be reduced. That has certainly been the situation in California. Pension plans can be terminated going forward or scaled back going forward. The article excerpted below from the Wall Street Journal reports on legal tests in other states of this principle.

The recent UC Post-Employment Benefits (PEB) Task Force report suggests reduced benefits for new hires (and for existing employees who choose to go into a reduced two-tier plan). It does not contemplate takeaways from retirees or from accrued benefits of current employees. Nonetheless, the legal issues in the article below, although applying to Minnesota and other states, will undoubtedly be closely watched in California.

Note that in the Minnesota case, the reduced benefits were included in a deal with a union. Retirees are suing on their own; the union characterizes their case as "without merit."

It is important to stress that no one has proposed such takeaways from the UC pension. Indeed, UCOP spokespersons have repeatedly stated there would be no such takeaways.

A Minnesota court on Wednesday will consider whether the state can curtail pension benefits for current retirees from state jobs, in a case that could affect struggling public pension funds nationwide.

States have responded to budget shortfalls by raising the retirement age and cutting pension benefits for new hires. Minnesota last year replaced its previous pension formula, which increased retiree benefits annually based on investment gains and inflation, with a flat 2.5% increase. This May, the state lowered that increase for some retirees and eliminated it for others, until the pension plans are 90% funded, a level that could take decades to reach…

A group of Minnesota retirees already receiving benefits under older pension formulas sued the state in May, seeking class-action status.

State courts generally have ruled that states can't reduce benefits for workers who already have retired… Cases similar to Minnesota's are pending in South Dakota and Colorado, and other states are watching the Minnesota case closely as they ponder solutions to their own pension dilemmas…

Minnesota says retirees have no legal right to expect a specific formula of benefits. "A retiree's future benefits and rights are subject to reasonable legislative actions that are intended to preserve the fiscal integrity and stability of Minnesota's public employee pension plans," the state said in a court filing…

Jennifer Munt, a spokeswoman for the Minnesota council of the American Federation of State, County and Municipal Employees, said the public-employee union "reluctantly" supported the pension changes "because it protected our defined-benefit pensions by taking responsible actions to stabilize the pension funds." The union believes the retirees' lawsuit is "without merit," she said.