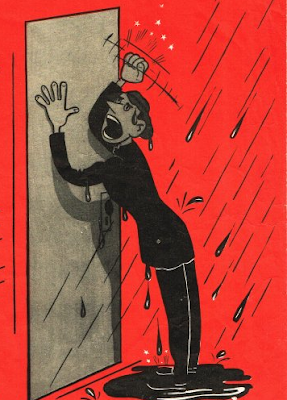 The University of California announced today (July 11) that it has offered nearly 137,000 students a spot on at least one of its nine undergraduate campuses this fall, including more than 28,750 transfer applicants, the highest number in the history of the university.

“After reviewing yet another record-breaking number of applications, our campuses have offered admission to an exceptionally talented group of students for the upcoming academic year,” said UC President Janet Napolitano. “With the benefit of a UC education, these accomplished young people from different backgrounds, with diverse beliefs and aspirations, will make California and the world a better place. We look forward to having them at the university.”

As part of the university’s effort to effectively manage enrollment growth, this year not every campus increased its admissions offers over last year. Based on preliminary reports of students’ intention to register, however, indications are that the number of new California freshman and transfer students who will enroll at UC in the fall, what is known as “yield,” will increase by more than 3,000 over 2017.

In keeping with the recently enacted caps on nonresident enrollment at all of the campuses, 17,863 domestic and 19,069 international freshmen were also offered admission for the fall. Nonresident students typically accept UC admissions offers at a much lower rate than do Californians.

“University admissions is part science, part art and part experience,” said Vice President for Student Affairs Robin Holmes-Sullivan. “High admissions numbers don’t automatically translate to high enrollment. The data we have available today give us great confidence in predicting that our actual fall enrollment will exceed our goal. We are gratified that so many of these top-notch, motivated students are eager to attend UC.”

The preliminary admissions numbers show increases in offers to students from historically underrepresented groups and among California freshmen and transfers who would be the first in their families to graduate from a four-year college, with first-generation students comprising 46 percent of the total.

Among freshman applicants, Asian American students remained the largest ethnic group admitted at 36 percent, followed by Latinos at 33 percent, whites at 22 percent and African Americans at 5 percent. American Indians, Pacific Islanders and applicants who did not report a race or ethnicity made up the remainder of admitted students.

UC’s current transfer student enrollment is at an all-time high and will likely continue to grow. UC recently announced a plan to guarantee transfers to a UC campus for students who achieve the requisite GPA and complete one of 21 “pathways,” or prerequisite classes for the most popular UC majors. These guarantees will be in place for students beginning community college in fall 2019.

The preliminary data released today includes applicants admitted from waitlists and through the referral pool. The data tables, which include campus-specific information for both freshmen and transfers, may be accessed here: https://www.ucop.edu/institutional-research-academic-planning/content-analysis/ug-admissions/ug-pages/2018-admissions.html

Source: https://www.universityofcalifornia.edu/press-room/uc-admissions-rise-record-surge-transfers
Posted by California Policy Issues at 8:17 AM