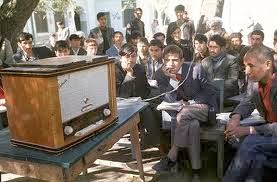 As we have noted in numerous prior posts, the Regents refuse to archive their meetings beyond one year.  So we dutifully record the sessions in real time.  Below is a link to part of the afternoon session of Jan. 22.  This segment is mainly the Committee on Educational Policy.  Gov. Brown was in attendance.  We will separately (later) provide links just to certain Brown segments.  But for now, we provide a continuous recording.

There was discussion of designating certain areas of UC-Merced as nature reserves, followed by discussion of a new telescope.  The discussion then turned to online ed and the governor seemed to push for courses that involved no human interaction so that there could be unlimited enrollment.  At a later point, Chancellor Block made a comment about the virtue of "residential" education which seemed aimed at the governor's online push.  He talked about a digital divide in which better off students would have traditional in-person classes and poor students would have mainly online offerings.  There was discussion of the old Master Plan.  Heads of the three segments in the Plan - UC, CSU, and the community colleges - were part of the discussion.  Brown indicated that the Master Plan was a political compromise of an earlier era and that it needed to be questioned as to today's needs.

The president of the UC Students Assn. spoke in support of a larger state budget allocation than the governor was proposing, an oil tax to fund education, divestment from fossil fuels, and other items.

You can hear this portion of the afternoon session at the link below: