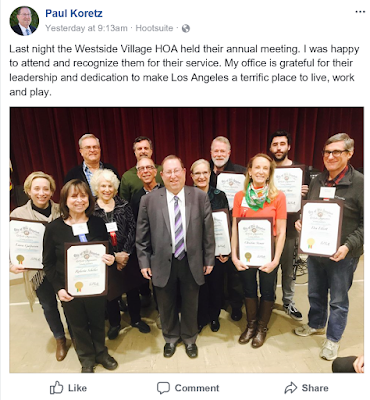 We've posted from time to time about an effort by students and Westwood businesses to carve out a new neighborhood council from within the current one. LA has a procedure for doing so, but in reality a lot depends on what the local city councilman, Paul Koretz, wants to happen. So far, all we have is this photo which appears to align him with the existing arrangements. However, the procedure is in motion:  (from the Bruin)