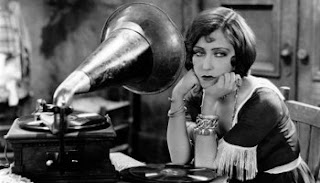 We now complete our archiving of the recent Regents meeting with the audio of the full board session of March 15. Yours truly is busy at the moment grading term papers. When he is done, he will check the recording for any highlights that were missed in news accounts and/or notable statements. For the moment, however, the Bruin has this account:

Nonresident students will have to pay $978 more in tuition next year following a vote by the governing board of the University of California on Thursday. The UC Board of Regents voted 12-3 in favor of increasing nonresident supplemental tuition by 3.5 percent. The board was originally scheduled to vote on both tuition and nonresident supplemental tuition increases at its January meeting, but deferred the vote to negotiate for additional state funding. The regents may consider an increase in base tuition, which both in-state and out-of-state students pay, at its May meeting.

As part of the motion to increase nonresidential tuition, following an amendment by Regent Sherry Lansing, the board committed to advocating for additional funding from the state legislature that would allow it to rescind the nonresidential tuition hike and increase need-based financial aid for nonresident students. The regents also increased professional degree supplemental tuition at 23 graduate programs in the university. Students in programs like law and medical school have to pay Professional Degree Supplemental Tuition in addition to their base tuition.

“When parents are selling cars overseas to supplement $42,000 tuition, that $42,000 price tag is pretty jaw-dropping for some and I think it may invite a different kind of conversation in the Capitol,” Newsom said. “I find this an unfortunate decision.”

UC President Janet Napolitano said she thinks it is unrealistic to expect the state legislature to provide funding to allow the university to keep tuition static for out-of-state students.

“I believe that our joint advocacy in Sacramento should be focused on getting a buyout for resident students,” she said. “I think reality needs to intrude here – the notion that the legislature will provide any relief on the nonresident tuition aspect of our budget is illusory.”

Student leaders said they think the tuition increases will have devastating effects on both international and out-of-state students.

Undergraduate student government External Vice President Chloe Pan said one of the reasons why student leaders do not support the tuition increase is because they believe it could lead to an increase in food and housing insecurity for nonresident students.

“We have a firm stance in opposition to any tuition increase,” she said. “We have seen a toxic political climate for international and undocumented students, and any effort to raise tuition will aggravate the climate.”...