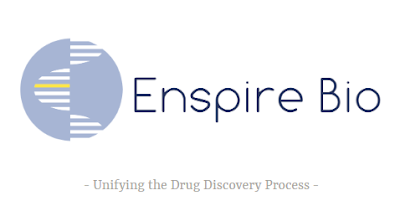 A new biotech startup at UCLA aims to cut the time between scientific discovery and pharmaceutical drug development by combining a diverse group of research scientists as company owners. Enspire Bio Inc. was launched in November and announced during a UCLA biomedical conference in June, just days after receiving a $3.2 million seed round from investors. The firm operates on what UCLA and company founders are calling a new virtual portfolio model, which includes 15 professor-owners who are researching a portfolio of 10 different drug compounds – two are already patented by the university – to treat diseases ranging from diabetes to Parkinson’s to cancer.

“We decided we’re going to put together as many projects as possible into one company with synergies that complement one another, with a better chance of success,” said Amy Wang, Enspire Bio’s chief executive and an adjunct professor of molecular and medical pharmacology at UCLA.

The prototype company is a collaborative effort between a Metabolism Unified Research Theme at the David Geffen School of Medicine and UCLA’s Technology Development Group, which works to turn university research into commercial assets to benefit the Westwood campus. UCLA maintains an undisclosed stake in Enspire Bio. The idea behind the model is to put a larger group of scientists and compounds with potential pharmaceutical applications in a commercial setting focused on a research theme. Enspire Bio, for example, is built around a group of scientists researching the human metabolism.

The metabolism theme was one of six research areas launched by UCLA in 2015 as part of an effort to unify different groups of scientists and physicians across academic disciplines, and to help foster scientific collaboration. The platoon of biochemists, pharmacologists, medical doctors and others that makes up Enspire Bio is one of the program’s immediate results.

The company’s researcher-owners include such biotech heavyweights as Michael Jung, a longtime UCLA biochemist with more than 400 patents, who now consults with 20 biopharmaceutical laboratories. He helped invent Xtandi, a leading prostate cancer drug whose royalty rights sold for $1.14 billion. He also developed the prostate cancer drug Erleada, now owned by Johnson & Johnson, which was approved for sale early this year.

Enspire stakeholders will also receive incentive options for hitting certain milestones or for their level of collaboration in helping other researchers. If researchers work together to eliminate compounds that don’t work from the research pool, that is also considered a success and factored into the compensation structure.

Enspire Chief Executive Wang has a background in molecular genetics, worked in investment banking and biotech before co-founding such biotech firms as Cue Biopharma Inc. and Pulse Biosciences Inc. She said the collaborative model being tested at Enspire was promising.

“We can take these projects a lot further by combining the expertise of various professors,” Wang said. “The goal of the company is to develop compounds and get them closer to clinical trials. That’s when you can start licensing, or collaborating, with pharmaceutical companies.”

Enspire’s research structure is somewhat atypical for the bioscience industry. Most biotechnology companies are formed after a potential drug compound is identified, according to UCLA. Researchers would usually patent a promising compound and then license it to a third-party company that would develop a commercial drug after extensive testing and clinical trials. The process can take a decade or more and cost millions of dollars before a drug goes to market and is often predicated on a single compound, making these outfits boom or bust enterprises.

The new portfolio model of Enspire Bio, however, aims for a more collaborative approach where risk and reward are spread more evenly among a larger group of scientist stakeholders. By carefully selecting campus researchers and giving each a company stake – albeit a smaller one – the enterprise develops numerous drugs within several UCLA laboratories, each paid for by streams of federal research funds... 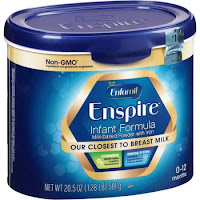 Yours truly, seeing the above piece, wonders about the name "Enspire," which appears to be a trademarked brand of a baby formula that seem unrelated to the new firm: Presumably, somebody researched the name. ???