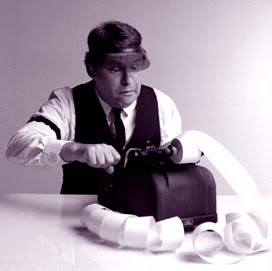 The Legislative Analyst's Office has provided a description (not really an evaluation - that will come later) of the budget deal that passed the legislature earlier today. In summary, LAO estimates the General Fund to have been left with a negative reserve of -$6.3 billion at the end of the last fiscal year, i.e., on June 30, 2010. It also estimates that the negative reserve was the result of prior sins because the budget (with all the accounting tricks, etc.) for 2009-10 was roughly balanced (revenue = expenditure).

The new budget assumes "revenues and transfers" of $94.2 billion and expenditures of $87.5 billion, i.e., an operating surplus of $6.7 billion, so that at the end of this fiscal year (June 30, 2011), there will be a positive reserve of $0.4 billion. (It might be noted that given the vagaries of forecasting, etc., $0.4 billion is essentially in the range of white noise.) But that surplus seems to be the result of such things as assuming more federal funds, borrowing from funds outside the general fund, and deferring repayments of borrowing from such outside funds. (The estimate may go up when the governor line-item vetoes some parts of the budget - assuming he does.)

What all of this means is that even if the optimistic assumptions and such do not come true, the budget will at least roughly balance this year in an accounting sense, but there may well again be a negative balance in the general fund at the end of the year from those past sins. The LAO will be putting out subsequent publications reminding everyone that temporary tax increases approved in February 2009 will be expiring and that the state has a structural deficit.

The LAO report is at http://www.lao.ca.gov/reports/2010/bud/major_features/major_features_100810.pdf
Posted by California Policy Issues at 10:44 AM