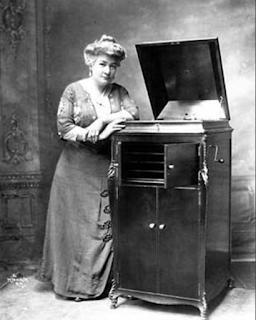 The Regents met for their final session in May last Thursday. At the public comments, speakers (by telephone) spoke on SAT-ACT, the Hawaiian telescope, funding for undocumented students, labor relations, job security, fetal tissue, and comments on sale of a mall (which I doubt anyone there, and certainly not yours truly) understood. Student representatives spoke on affirmative action (currently banned by Prop 209), tuition, SAT-ACT, the Hawaiian telescope, and the state budget.

The main issue before the board was President Napolitano's proposal to do away with the SAT-ACT in stages and - maybe - create a new test just for UC. Now generally, when the UC prez comes up with an important proposal, the Regents are reluctant to override it. Moreover, one has to assume that the UC prez followed the old adage of not calling the question without first counting the votes.

Still, there was a stumbling block. The Academic Senate had been asked to come up with a research report on the use of the SAT-ACT, ostensibly in the name of "shared governance." The detailed analytical report essentially found that while there is an obvious correlation between high scores and income for all kinds of reasons, in the context of UC's use of test scores, the use of the test had a positive effect on diversity - not the widely expected negative effect. Essentially, UC "curved" the test scores to adjust for applicant background, but did not adjust GPA. That approach meant that UC's use of SAT-ACT provided an additional pathway for a bright disadvantaged student whose GPA was not at the top.

Because of the Senate report, the Regents were stuck between choosing the Senate's report or the UC prez's recommendation. In the discussion, it was noted that creating a new test would likely end up with something like the SAT-ACT and would cost a lot of UC money in the midst of a budget crisis. For some applicants who were applying to universities other than UC as well as UC, it would be necessary to take two tests. And, presumably, the same coaching services that prep for the SAT-ACT would offer prep for the UC test.

It was pointed out that the with SAT-ACT suspended for the next year due to the coronavirus crisis, the Regents could evaluate admissions for next year and then make a decision. Put another way, there was no need now to adopt the full sequence of the UC prez's proposal. Ultimately, this discussion led to a proposed amendment of the UC prez's plan that would just adopt the first two years of that plan and use the second year to examine the outcome of admissions for next year. It was voted down 5-18. The Regents then voted to adopt the plan as originally proposed unanimously, i.e., the dissenting 5 went along because they felt the Regents shouldn't be split on a major decision.

Comment by yours truly: As noted in our initial post on this matter, popular news accounts of the Regents' decision did not adequately reflect what occurred. Moreover, the regental decision to downplay the Academic Senate's report contradicts the popular critique that yours truly is sure most of the Regents would share of current federal authorities in other contexts not "listening to the science" and not listening to experts in making public policy. In this case, the "science" from the UC's panel of experts contradicted popular perceptions and gut feelings but the UC prez and Regents ultimately went with their "gut."

You can hear the Regents sessions at the links below: