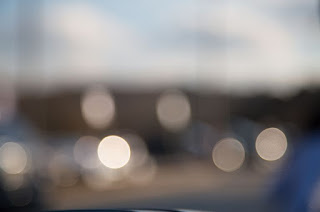 Yesterday's announcement of a new presidential order dealing with campus anti-Semitism provoked a lot of comment and controversy, although the actual text was not immediately released. Much of the early news media coverage occurred before the text was released. Below is the actual text which is now available. Yours truly has put some language in boldface for emphasis.

By the authority vested in me as President by the Constitution and the laws of the United States of America, it is hereby ordered as follows:

Section 1.  Policy.  My Administration is committed to combating the rise of anti-Semitism and anti-Semitic incidents in the United States and around the world.  Anti-Semitic incidents have increased since 2013, and students, in particular, continue to face anti Semitic harassment in schools and on university and college campuses.
Title VI of the Civil Rights Act of 1964 (Title VI), 42 U.S.C. 2000d et seq., prohibits discrimination on the basis of race, color, and national origin in programs and activities receiving Federal financial assistance.  While Title VI does not cover discrimination based on religion, individuals who face discrimination on the basis of race, color, or national origin do not lose protection under Title VI for also being a member of a group that shares common religious practices.  Discrimination against Jews may give rise to a Title VI violation when the discrimination is based on an individual’s race, color, or national origin.
It shall be the policy of the executive branch to enforce Title VI against prohibited forms of discrimination rooted in anti-Semitism as vigorously as against all other forms of discrimination prohibited by Title VI.
Sec. 2.  Ensuring Robust Enforcement of Title VI.  (a)  In enforcing Title VI, and identifying evidence of discrimination based on race, color, or national origin, all executive departments and agencies (agencies) charged with enforcing Title VI shall consider the following:
(i)   the non-legally binding working definition of anti Semitism adopted on May 26, 2016, by the International Holocaust Remembrance Alliance (IHRA), which states, “Antisemitism is a certain perception of Jews, which may be expressed as hatred toward Jews.  Rhetorical and physical manifestations of antisemitism are directed toward Jewish or non-Jewish individuals and/or their property, toward Jewish community institutions and religious facilities”; and
(ii)  the “Contemporary Examples of Anti-Semitism” identified by the IHRA, to the extent that any examples might be useful as evidence of discriminatory intent.
(b)  In considering the materials described in subsections (a)(i) and (a)(ii) of this section, agencies shall not diminish or infringe upon any right protected under Federal law or under the First Amendment.  As with all other Title VI complaints, the inquiry into whether a particular act constitutes discrimination prohibited by Title VI will require a detailed analysis of the allegations.
Sec. 3.  Additional Authorities Prohibiting Anti-Semitic Discrimination.  Within 120 days of the date of this order, the head of each agency charged with enforcing Title VI shall submit a report to the President, through the Assistant to the President for Domestic Policy, identifying additional nondiscrimination authorities within its enforcement authority with respect to which the IHRA definition of anti-Semitism could be considered.
Sec. 4.  Rule of Construction.  Nothing in this order shall be construed to alter the evidentiary requirements pursuant to which an agency makes a determination that conduct, including harassment, amounts to actionable discrimination, or to diminish or infringe upon the rights protected under any other provision of law.
Sec. 5.  General Provisions.   (a)  Nothing in this order shall be construed to impair or otherwise affect:
(i)   the authority granted by law to an executive department or agency, or the head thereof; or
(ii)  the functions of the Director of the Office of Management and Budget relating to budgetary, administrative, or legislative proposals.
(b)  This order shall be implemented consistent with applicable law and subject to the availability of appropriations.
(c)  This order is not intended to, and does not, create any right or benefit, substantive or procedural, enforceable at law or in equity by any party against the United States, its departments, agencies, or entities, its officers, employees, or agents, or any other person.
Source: https://www.whitehouse.gov/presidential-actions/executive-order-combating-anti-semitism/
It might be noted that the above order deals with Title 6. Title 7 of the Civil Rights Act of 1964 which bans employment discrimination (but not admissions) does cover religion. It covers most major employers including colleges and universities.
Posted by California Policy Issues at 9:03 AM