Yet Another Cautionary Tale About Long-Term Care Insurance - Part 2 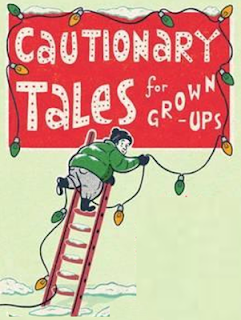 As recently as October 1, we provided the sad and cautionary tale about the problems inherent in long-term care insurance.* We particularly referenced the difficulties encountered by UC employees (and others) who bought long-term care insurance through CALPERS, thinking purchasing through a state agency would eliminate the risks of buying commercial policies. But whether public or private, the catch is that the rates you will pay, possibly for decades, before you need such care are not fixed in advanced. You are relying on the hope the rates won't be raised to such levels as to be unaffordable. And you are relying on the kindness of strangers, potentially at some distant date in the future, to treat you properly when you are likely to be unable to defend your rights. Think twice - maybe more than that - before you buy - if you do.

Here (below) is yet another sad tale from yesterday's LA Times:


Dear Liz (Weston): We were told to buy long-term care insurance early because waiting too long would make it more expensive and perhaps unavailable. I bought mine when I was 55. At the time, it was $2,400 a year. Unfortunately, the premiums just kept going up. I am now 77, and the premium this year was $4,470. The letter informing me of this increase said that next year it will go up 6% to $4,738, and 6% again the following year to $5,022. It’s very clear to me that buying the insurance early was definitely not an advantage. The insurer will obviously keep raising the premium at will. Since I am, like most people my age, on a fixed income, the time will come when I simply cannot afford these premiums. I will then lose the insurance plus all I have paid into it all these years. People should be told that the premiums will continue to rise, and that the time may come when the cost is beyond what anyone on a fixed income can afford.
Answer: Many people are in the same unfortunate situation. They purchased policies because they thought it was the prudent thing to do, only to face the possibility of losing coverage as premiums continued to rise.
Companies that offered long-term care insurance starting in the 1980s and 1990s discovered they didn’t price the coverage accurately. Far fewer people dropped their policies than expected, while the costs of long-term care increased more than anticipated. Many insurers stopped offering the coverage, and massive premium increases were the norm for a while.
Insurers can’t raise premiums “at will,” by the way. The increases must be approved by regulators, who weigh the effects on customers against the possibility an insurer might go under and be unable to pay anyone.
The companies still selling long-term care coverage now offer less generous policies that probably won’t require huge premium increases. Still, many financial planners advise their clients who are buying coverage now to expect their premiums to increase 50% to 100% over their lifetimes.
It’s important to keep in mind that insurance is not like an investment or a savings account. You don’t buy homeowners insurance hoping your house will burn down someday so that you can get your money back. You buy it to protect your finances against catastrophic loss. So it’s not as if you received nothing in return for your long-term care premiums: You were protected against a potentially catastrophic cost that — fortunately — didn’t happen. That doesn’t mean you were wrong to expect your premiums to remain affordable. Given your current reality, though, you’ll need to decide if you want to risk dropping coverage entirely or if reducing coverage might be an option. Many people in your situation have opted for longer waiting periods, lower inflation adjustments or a reduced benefit period to keep premiums affordable.
Source: https://www.latimes.com/business/story/2019-10-06/long-term-care-insurance-premiums-expensive
===
*http://uclafacultyassociation.blogspot.com/2019/10/yet-another-cautionary-tale-about-long.html
Posted by California Policy Issues at 6:29 AM