Shades of Gray at Berkeley 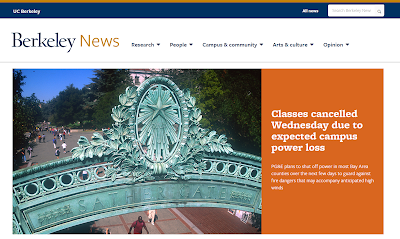 Bankrupt utility PG&E - in case you haven't been following such things - is shutting off power in portions of the Bay Area, under the rationale that it will avoid starting wildfires on windy days. UC-Berkeley is apparently essentially shut down as a result.

There may be political fallout from such episodes. You may "recall" former Gov. Gray Davis' experience with on-and-off electric power. 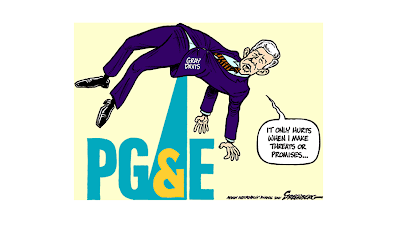 California’s governor says residents should be outraged and infuriated by news of a widespread power shut-off to prevent deadly wildfires but that the utility had no choice...

Source: https://www.kron4.com/news/governor-newsom-california-should-be-outraged-by-outage/
Posted by California Policy Issues at 7:31 AM