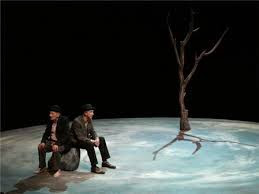 Whatever happened to the Harvard admissions lawsuit? Blog readers - and others - will recall that last fall there was a high-profile trial in which the allegation was that Harvard discriminated against Asian Americans in its admissions procedures. The lawsuit was brought by a group which is anxious to bring the issue of affirmative action to the U.S. Supreme Court (which it believes - with new conservative justices - might reverse its previous decisions allowing affirmative action under limited circumstances).

Yours truly is not sure what the duration of "coming weeks" is, but whatever it is, it has come and gone without a decision. And we surely must be near the end of "coming months." Meanwhile, a separate lawsuit against the Harvard Law Review regarding its selection of student staff members - effectively another challenge to affirmative action - was recently dismissed in technical grounds.**

So we await. As blog readers will know, UC admissions are governed by state law under Proposition 209 which bans affirmative action. But - depending on the Harvard case (or maybe some other) - an eventual decision by the U.S. Supreme Court could have some impact locally.***
===
*https://time.com/5546463/harvard-admissions-trial-asian-american-students/ and https://www.bostonglobe.com/metro/2019/02/13/harvard-case-judge-appears-skeptical-plaintiffs/edyDesuJv9eedn6sRqhfuK/story.html. We last referenced the case at:
http://uclafacultyassociation.blogspot.com/2019/02/harvard-admissions-part-18.html
**https://www.thecrimson.com/article/2019/8/11/fasorp-suit-dismissed/
***One possibility is that the judge could ultimately dismiss the case on the grounds that no specific person who alleges he/she was harmed by the Harvard admission procedures was produced. UCLA law Professor Richard Sander has challenged UC regarding its admissions data in a related matter:
https://www.nytimes.com/2018/11/15/us/university-of-california-admissions.html
Posted by California Policy Issues at 9:37 AM