Strike Up the Band for UCLA (and Joe Mathews) 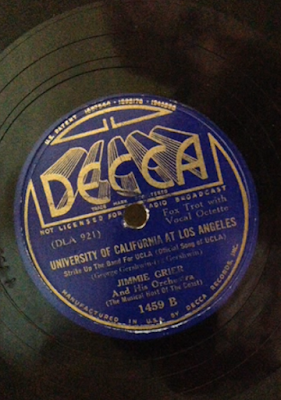 UCLA flourished despite headwinds. Future risk-taking will bring it to its full potential

Now would be a good time for Californians to recognize this, and not only because the Westwood school is celebrating its 100th birthday this year. UCLA’s rapid rise is a California triumph that thoroughly rebuts all our excuses for not supporting our most vital institutions.

While we Angelenos often treat UCLA like it’s been around forever, it is actually one of the world’s youngest elite universities. Even by Southern California standards, it’s young: USC, Caltech, Occidental, and Pomona College are all older.

Despite its late start, UCLA  has come to embody the American dream of college — it receives more applications each year than any U.S. university, nearly 140,000, from all 50 states. While the academic performance of its students and the research work of its faculty rival those of the Ivy League, UCLA educates far more poor kids than other elite American colleges. Some 35 percent of undergraduates receive Pell grants (a rate twice that of the Ivies), and one-third of graduates are the first in their families to earn a four-year degree.

Yes, I can hear Bay Area howls. But simmer down. Sure, Stanford is great, but it has a smaller student body — enrollment of 17,000 compared to UCLA’s 45,000 — and admissions more exclusive than the Bohemia Club’s. And while Berkeley retains academic prestige, UCLA has more students, is better at sports (117 NCAA team championships and counting), and offers more academic options, including a world-class medical center.

My own UCLA-vs-Berkeley loyalties are conflicted. Zócalo Public Square, which produces this column, partners with UCLA on public events, though I write this wearing a Cal T-shirt I got from my two siblings, both Berkeley alums. But here’s what all Californians, regardless of school affiliation, should appreciate: UCLA became what it is today in the face of relentless hostility from Berkeley.

Before UCLA, Berkeley was the University of California, and the regents, faculty and president opposed a second campus in Southern California — according to Marina Dundjerski’s smart history, UCLA: The First Century.

Nevertheless, in 1919 the Los Angeles newspaperman Edward Dickson, a regent and Berkeley graduate, successfully lobbied to open a two-year college on Vermont Avenue. It had no degree-making power, and the snobs up north wanted to keep it that way.

“If something in the nature of an academic rival, laying siege to the State Treasury for the limited funds which are available for higher education, is to be established at Los Angeles,” UC President David Barrows wrote the San Francisco Chronicle publisher, a fierce UCLA opponent, in 1923, “not only will higher education suffer in the State, but the prospects of our union as a people will be grievously hurt.”

The North-South clash grew so bitter that UCLA’s first head, Ernest Carroll Moore, complained that he “felt most of the time as if I had drunk kerosene.”

UCLA nevertheless expanded rapidly not because of any official sanction, but because Californians kept enrolling, whether there was room for them or not. By 1926, UCLA was already the fifth largest liberal arts college in the nation. n 1929, the school moved into a new campus in Westwood. This expansion occurred despite Berkeley resistance, though the project’s Berkeley-trained engineer named some Westwood streets — Le Conte, Hilgard, Gayley — for his old professors.

That has been the heart of the UCLA story ever since. Despite the scorn of Northern California, UCLA kept getting bigger and better.

State appropriations for higher education were slashed by 25 percent in the Depression, but UCLA accommodated a surge of students and recruited elite faculty. After the war, UCLA established professional schools despite opposition from the regents and university president.

Chancellor Charles E. Young, who led UCLA from 1968 to 1997, continued growth despite Gov. Ronald Reagan’s political turn against the university and 1978’s Proposition 13, which created a budget system that disinvested in public universities. Today, less than 7 percent of total revenues come from the state.

“The one central notion that carries throughout UCLA’s history,” writes Dundjerski, “is that the institution was built on risk.”

Unfortunately, California has forgotten this important lesson about risk. We still produce transformational plans for health care, education, and infrastructure — but tell ourselves we can’t accomplish them because of all our rules, or our politicians, or our lack of money.

None of that stopped UCLA.

UCLA’s next 100 years will require even more risk-taking. California needs millions more college graduates. UCLA must turn many more of its applicants into graduates, and reduce the costs of attending — all without sacrificing excellence.

Such a transformation may require independence from meddlesome regents and budget-cutting governors. Our greatest university should be free to become all it can be.