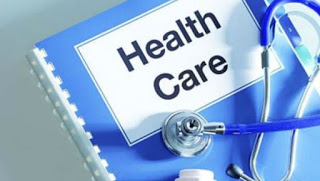 Blog readers will know that there are plans afoot to make changes in all health care offerings in 2021 and that a committee, originally chartered to look only at retiree health, has been given the wider charge. Readers will also know that there also appear plans - embodied in an RFP to major insurance carriers - to change retiree health in 2020.* The change appears to involve a shift from UC self-insurance to shifting the risk to the carriers. A claimed saving of $40 million per year has been said to be the reason for the change. Such a change has been characterized as a technical adjustment that doesn't need wide consultation and that retirees would be largely unaffected in practice. There are reasons to be concerned that such a change in incentives, and with a large potential saving, would have a bigger impact than suggested.

It is unclear whether the powers-that-be in UCOP believe that the Regents would need to be consulted about the shift. If the Regents are to be involved, presumably it would have to be at the July meetings. However, the Health Services Committee of the Regents is scheduled to meet on June 11. Thus, a clue will be whether there is any discussion at that earlier meeting. As yet, no agenda for the June 11 meeting is available. But yours truly will watch for its posting and - as usual - archive the audio of that meeting.
===
*http://uclafacultyassociation.blogspot.com/2019/05/2021-health-care-changes.html
Posted by California Policy Issues at 9:18 AM