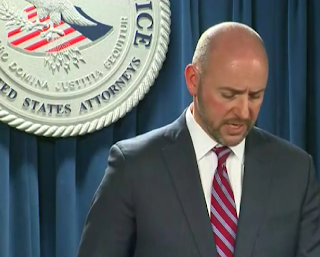 BERKELEY, Calif. (KGO) -- ABC News has learned UC-Berkeley is among the universities tied to the nationwide college admissions scandal.

A former Canadian football player was arrested March 8 in San Jose on charges related to the scandal. David Sidoo is pleading not guilty.

The 2015 roster for Cal's men's rowing team name's Jordan Sidoo as a team member. A LinkedIn page associated with Jordan Sidoo indicates he graduated from UC Berkeley with a B.A. in history last year and was a member of the varsity rowing team.

Thirty-three parents are charged with conspiracy to commit mail and wire fraud in the coast-to-cost scam to get their children into elite colleges, including Stanford, Yale, Georgetown, Wake Forest and the University of Texas.

Source: https://abc7news.com/education/uc-berkeley-named-in-college-admissions-scandal/5196483/
Posted by California Policy Issues at 6:43 AM