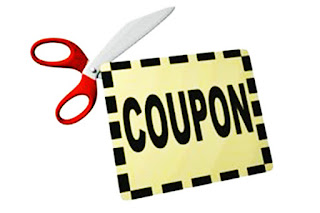 Graduate students and higher education experts warn GOP plan to tax tuition waivers would be disastrous to both students’ finances and institutions’ teaching and research missions.

“Never once did I think our tuition waivers would be at risk,” said Mary Grace Hébert, a Ph.D. candidate in communications at the University of Illinois at Urbana-Champaign. “I knew there would be changes in terms of corporate taxes and individual taxes, but I did not realize they’d be pulling from graduate employees to fund those cuts, and I’m disappointed they chose to do that.”

Hébert, a Louisiana native whose husband is also an out-of-state graduate student at Illinois, said she ran some numbers and found that she’d lose about 25 to 30 percent of her $17,000 stipend under the plan. She never sees the tuition dollars that are waived, of course, so she’d have to pay taxes on them with the stipend checks she receives for her nine-month appointment as a teaching assistant. She likened it to “taxing a coupon.”

“Because of withholding, this means that I’d actually lose paychecks -- that for a couple months out of the year there would be no pay whatsoever,” Hébert said. “That would push us to the poverty line … I don’t know what we’re going to do. Ask our parents for money? Take out loans? Save money by going to food banks?”

The tax plan would apply to graduate tuition at private and public institutions alike, both U.S. and international students...

The American Council on Education expressed similar concerns in a letter to the House Ways and Means Committee Monday, saying that the bill, “taken in its entirety, would discourage participation in postsecondary education, make college more expensive for those who do enroll and undermine the financial stability of public and private, two-year and four-year colleges and universities.” Citing the House committee’s own estimate that the bill would cost college students some $65 billion between 2018 and 2027, ACE wrote, “This is not in America’s national interest.”
Of the taxable tuition waiver proposal in particular, ACE said that 145,000 graduate students received a tuition reduction in 2011-12, the most recent year for which such data were available. More than half (57 percent) of waiver recipients were graduate students in science, technology, engineering and math programs. “Repeal of this provision would result in thousands of graduate students being subjected to a major tax increase,” it said. “The provision is also critical to the research endeavor at major universities, particularly in the crucial [STEM] fields."

Craig Lindwarm, director of congressional and governmental affairs at the Association of Public and Land-grant Universities, said in an interview Monday that the bill was dangerous to the research and teaching enterprise in general, and to graduate students in particular not only because of the tuition waiver proposal but also the repeal of the Lifetime Learning Credit. Currently, the credit can be used annually for up to $2,000 to pay for tuition or related expenses in excess of $10,000. The plan would eliminate the benefit, ostensibly simplifying the tax code via a proposed fifth year add-on to the now four-year American Opportunity Tax Credit (the value of the fifth-year benefit would be halved, however). But Lindwarm pointed out that “simplification is often used as a friendlier word for elimination.” ...

Unions with which graduate students are affiliated, including the American Federation of Teachers, have spoken out against the bill as well. Randi Weingarten, AFT president, said in a statement Monday that by allowing graduate students to deduct the value of their tuition benefits, the current tax code "recognizes the value of their labor." If that is reversed, "graduate education -- the jewel in the crown of American higher education, drawing students from all around the world -- would be totally unaffordable. This tax plan is a plan to end U.S. leadership in higher education. It’s not going to make America great; it’s going to take America backward."

Full story at https://www.insidehighered.com/news/2017/11/07/grad-students-and-policy-experts-say-taxing-graduate-students-tuition-waivers-would
Posted by California Policy Issues at 8:12 AM