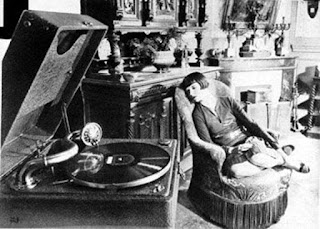 We continue our catching up with the Regents' November meeting. On the afternoon of Nov. 15, 2017, there were two concurrent meetings:

Academic and Student Affairs - which then morphed into a meeting of the subcommittee for the national labs, and

The hot issue at Academic and Student Affairs was responding to the UC-Irvine scandal in which admitted students were un-admitted, ostensibly because of lack of documents but apparently to reduce enrollments above target. After a public fuss, the campus reversed, apologized, and undid most of the un-admissions. At the meeting, there was discussion of steps - systemwide - meant to avoid a recurrence. That discussion was followed by discussion of total cost of attending UC, i.e., including non-tuition items such as room and board, etc. UCLA Chancellor Block, who attended, spoke in favor of encouraging three-year graduations (with summer attendance) to reduce student costs.

The two issues regarding the national labs was approval of the bid to continue a management role by UC at Los Alamos and approval of an already-negotiated contract for Lawrence Berkeley. On Los Alamos, it was said that the U.S. Dept. of Energy (DOE) would probably announce its decision in April or May of 2018. It appears that contracts for the labs increasingly involve contingent clauses whereby failure to meet various performance standards can lead to reduced funding from DOE.

Finance and Capital Strategies examined various capital projects, none of which was at UCLA. In the general capital budget, there is some funding for deferred maintenance which could provide something for UCLA. (Not clear.) There were repeated references at various points when the UC financial statements were discussed to unfunded liability of retiree health care that now must be shown on the statements. It was apparently this change in accounting that led to the now deferred discussion of reduction in UC expenditure on its "practice" of providing retiree health care.

Implementation of the UCPath payroll system was a major issue. This effort has gone over-budget and been much delayed. UCLA was supposed to be among the first campuses to adopt the system, but now will be delayed - apparently due to complications arising from the medical enterprise pay system. It appears that pushing UCLA back will also delay implementation at other campuses. No one quite answered the question (which was raised) as to why UCLA was set to go first if there were known complexities of its medical enterprise payroll system. If UCLA had gone first, it was said that Merced would have had to be removed from its system (since UCLA does Merced's payroll). It was unclear why, if Merced could have been carved out, why the UCLA medical enterprise couldn't have been carved out.

Links to the audios of the Nov. 15th afternoon meeting are below: