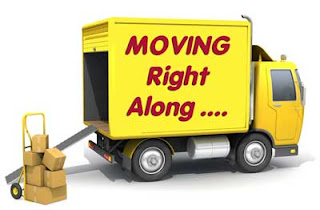 From  the Matier & Ross column in the San Francisco Chronicle:

Both UC President Janet Napolitano’s chief of staff and her deputy chief of staff are exiting their jobs this week — just days before the UC Board of Regents was expected to release the results of an independent investigation into allegations that Napolitano’s office interfered with a recent state audit of its spending habits. "I have not seen the report, and I cannot make any inferences about it,” said UC spokeswoman Dianne Klein, declining further comment.

The $210,000 investigation was prompted by a state audit in April that found Napolitano’s office had squirreled away $175 million in reserves. As part of the audit, California State Auditor Elaine Howle sent confidential surveys to officials at UC’s 10 campuses, asking them to evaluate services and programs provided by Napolitano’s office. But Howle said Napolitano’s office improperly previewed the campuses’ responses and in some cases directed changes that resulted in more positive evaluations. Napolitano claimed her staff was responding to campus requests for help and had no improper motive — but nonetheless apologized.


The Board of Regents responded by bringing in former state Supreme Court Justice Carlos Moreno and the Orange County law firm of Hueston Hennigan to look into the alleged meddling. The results of their examination are expected to be made public when the regents meet next week in San Francisco.

While the findings are still under wraps, a legislative source in Sacramento tells us investigators are expected to point the finger at Napolitano’s staff for the alleged missteps, including her chief of staff, Seth Grossman, and deputy chief of staff Bernie Jones, who was assigned to collect the reports from the campuses and reportedly threw his weight around. Grossman, speaking through San Francisco public relations consultant Nathan Ballard, denied any wrongdoing and called the close timing of Grossman’s departure for a similar job in Washington and the release of the regents’ report unfortunate.

“Grossman’s limited involvement was at all times appropriate and 100 percent consistent with the advice of the university’s attorneys,” Ballard said. “If any UC employees did interfere with the audit, it was entirely without Grossman’s consent or approval.”

Jones, who worked for the search firm that brought Napolitano to UC, said in an email that he hadn’t been notified of the report’s pending release and that his departure “fulfills a long-standing commitment to my family to return back east.” Sources tell us he is moving on to another job outside the university system.