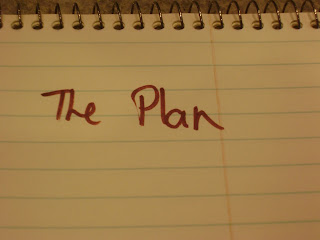 Apparently, this (below) is the plan at UC-Berkeley in case demonstrations over speakers get out of hand: [Question: Is there one for UCLA and the other UC campuses?]

From the NY Times: After a planned speech in February by the right-wing writer Milo Yiannopoulos attracted demonstrators who started fires and shattered windows, the University of California, Berkeley realized it had a major hole in its event planning.

“We did not have enough police officers,” said Dan Mogulof, assistant vice chancellor for public affairs at Berkeley.

So beginning this semester, student groups hosting large events are required to inform the college at least eight weeks in advance, so it has time to prepare a security plan. For the most controversial speakers, hundreds of police officers will be drawn from across the University of California system and also, under mutual aid agreements, from municipal police departments across the region. Security checkpoints and buffer zones will be erected around venues.

Berkeley is ready to spend as much as $500,000 to protect a single lecture, Mr. Mogulof said, and will do so regardless of the speaker’s ideology.

The new protocol was unveiled on Sunday, a day after a woman was killed and dozens of people were injured in Charlottesville, Va., after a series of white supremacist gatherings at the University of Virginia and in the city. The timing was a coincidence, but across the country, college administrators and law enforcement officials are bracing for a wild fall of protests as their campuses become battlegrounds for society’s violent fringes...

Naweed Tahmas, a Berkeley senior and external vice president of the Berkeley College Republicans, said he was concerned that the university’s new events policy allowed administrators to impose curfews or other limitations that would effectively prevent conservatives from speaking. Some colleges have required speakers to appear in the middle of the day, since nighttime events tend to draw more demonstrators and can be harder to control. The dates and times were points of contention when the appearances by Ms. Coulter and Mr. Horowitz were called off.

Mike Wright, a Berkeley senior and the editor in chief of The California Patriot, said the requirement of eight weeks’ notice before a large lecture would prevent student groups from responding to current events. “I think the university’s desire to exercise control in this manner is going to have the unintended consequence of restricting student speech,” he said.

The policy has been put in place on an interim basis, and the university is accepting public comment on it until Oct. 31.

Berkeley said it was prepared to spend money on security if the event required it. “We’re not looking for excuses to block anyone,” Mr. Mogulof said. “The exact opposite. We want to make sure that we have at our disposal every option to ensure these events are safely and successfully held.”

Richard Cohen, the president of the Southern Poverty Law Center, a nonprofit that tracks hate groups, said colleges would be wise to not block extremists from appearing.

“We might want to shame them, or think they are sick, but students have a right to listen to who they want to listen to, and we don’t have the right to censor that,” he said.

He also pleaded, perhaps optimistically, that protesters refrain from shouting down or attacking white supremacists, so they would be denied the opportunity to portray themselves as free speech martyrs.

“Don’t give these fools an audience,” he said.

Full story at https://www.nytimes.com/2017/08/16/us/after-charlottesville-violence-colleges-brace-for-more-clashes.html
Posted by California Policy Issues at 8:17 AM