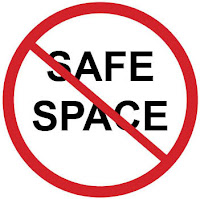 Apart from the explicit content, the article below is interesting because essentially the staff comments cited, up to the level of the communications director at UC-Santa Cruz, can be interpreted as criticizing the campus chancellor. The article was also cited in the emailed UCOP Daily News Clips:

UC Santa Cruz staff who work in Kerr Hall, which was occupied by students from May 2 to May 4, are speaking up to say they felt terrorized and threatened by an incident that university officials have depicted as “peaceful.”

Staff members said they huddled in their offices, unsure of what was happening during the initial occupation, as students moved through the building, banging on doors and taunting them.

As a result, many say they no longer feel safe working at Kerr Hall — especially considering the fact that the Afrikan/Black Student Alliance has threatened to re-occupy the building if their demands aren’t met by Fall 2017.

Lisa Bishop, a budget analyst who works in Kerr Hall, said the university provided no information or communication before or during the occupation.

“I am on the third floor, which I was told would be locked down in the event of an occupation, but it was not,” said Bishop. “The students rushed through the halls banging on the doors trying to break them down. They were screaming and yelling and using horrible language.”

Bishop said confused staff did not know whether the intruders were students or outsiders or if they were armed.

Another Kerr Hall staff member who asked to remain anonymous said she was frustrated when Vice Provost and Executive Vice-Chancellor Herbert Lee deemed the protest peaceful simply because “nobody was hurt.”

Officials have acknowledged the university’s official description of the incident may have contradicted the experiences of its staff. A Sentinel reporter also was taunted and threatened by the student group.

“Calling the protest ‘peaceful’ was at odds with how some staff members felt, and as a campus we recognize that. It is disruptive when protesters shout at our staff and bang on their office doors, even when they consistently communicated that they did not want to damage the building and that they wanted staff to evacuate the building safely,” said Director of News and Media Relations Scott Hernandez-Jason.

Yet staff members have sought out counseling after the traumatic takeover, saying they feel as if they have “bulls-eyes” painted on their backs.

“They were calling out our names, which were on plaques outside the doors and trying to intimidate us,” said Bishop. “Some staff on the second floor described their exit, saying the students actually assaulted the chancellor as he left the building and were screaming the most horrible things at them.”

Hernandez-Jason denied claims that Chancellor George Blumenthal was assaulted as he exited the building, but confirmed that students shouted questions and statements as he departed.

“Campus leaders recognize that staff members were not expecting a building takeover and that it was jarring and — for some — unnerving and even scary,” said Hernandez-Jason.

When Blumenthal met with Kerr Hall staff on May 10 to address their concerns, staff said the chancellor offered little more than “platitudes and excuses.” They also said Blumenthal told them “the news cycle about the occupation was over and it was too late to do anything about it.”

“Following the Afrikan/Black Student Alliance demonstration and based on feedback that we heard from staff, it’s clear that we could have done better with preparing staff members for an incident like this, as well as preparing them for any emergency situation,” said Hernandez-Jason.

A staff member said campus protests are usually orderly and respectful. She described the May 2 takeover, however, as “chaotic and terrifying.”

“While some of the staff managed to collect sensitive files and leave the building, others were trapped in their offices,” she said.

UCSC police did not play a role evacuating staff. Instead, the students appointed Associate Vice Chancellor Jean Marie Scott to re-enter the building and help remaining staff from the building, according to a witness.

Hernandez-Jason said police officers were outside of Kerr Hall during the occupation and “ready to step in, if needed.”

“If the protestors had peacefully come in and asked us to leave, there would have been no problem; but their goal was to scare and intimidate us,” said Bishop.

“The chancellor supports students exercising their First Amendment rights, but does not endorse the tactic of taking over buildings, impacting our staff, and disrupting student and employee services,” said Hernandez-Jason.

UC Santa Cruz agreed to the demands of the Afrikan Black Student Alliance after a three-day occupation of Kerr Hall.

Note to Chancellor Blumenthal. You might interpret the quotes above as supportive. Others may not seem them that way. When chancellors begin to get bad press and criticism from within, they seem to end up leaving ahead of schedule. Think Berkeley. Think Davis. 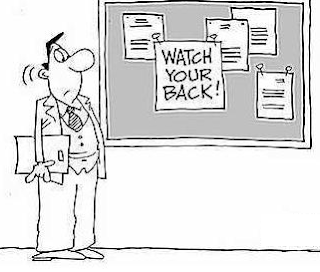