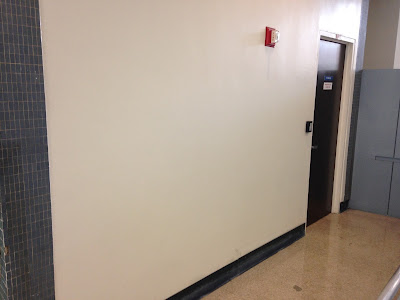 The photo above shows a door to a room in what is now the Luskin School of Public Affairs. The room is on the first floor between the two main corridors that run through the building as you enter through the southern-most entrance. Before the building was the Luskin School, it was the Anderson Graduate School of Management. Back in the the 1960s, the blank wall next to the door had a large roll down window which was open during the workday. A woman sat at a telephone switchboard putting through calls to the School (then the Graduate School of Business Administration - GBA) and also acting as a receptionist. To make a call from an office in the School, you picked up the phone and waited for the switchboard operator to come on. You then requested an outside line. When she was not there, hours other than 8 am to around 5:30 pm weekdays, office phones did not operate. There was only one phone number for the School. When you reached the switchboard operator, you asked for the person you wanted to reach or gave the extension number.

If you don't know what a switchboard looked like, below is an example, although not from GBA. It's from the LA Air Pollution District in 1959. 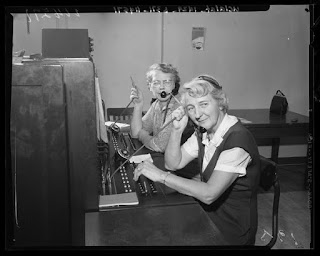 By the way, the sign on the door to the room at the top now says "IT services."
Posted by California Policy Issues at 6:11 AM