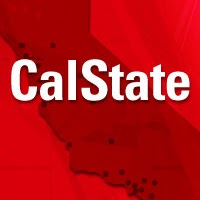 The California State University faculty union announced Monday that it will strike for five days across all 23 campuses if an ongoing contract dispute is not resolved by the middle of April.
The action awaits the conclusion of a fact-finding arbitration process with the university over a raise for the 2015-16 academic year. If an independent report expected to be released in about six weeks does not bring management back to the negotiating table, the California Faculty Association said it will direct teaching staff to cancel classes and picket from April 13-15 and 18-19.
Arguing that their salaries did not keep up with inflation as faculty was persistently underfunded during the past decade, the union has been wrangling over its contract since last May. At a press conference in Sacramento, President Jennifer Eagan said members are frustrated that they have not seen the benefit of a recovering budget after years of stagnant wages during the economic recession, and called the potential system-wide strike “historic.”
“The good times came and we’re still not able to negotiate a good contract,” she said. “Now is the time that was expected to be paid back for all our hard work.”
The faculty association – which represents approximately 25,000 CSU professors, lecturers, librarians, counselors and coaches – is seeking a 5 percent compensation hike, plus an additional 2.65 percent increase for about 12,000 members who are at the lower end of their pay rank.
That is far higher than the 2 percent raise that the university offered all employees this year...
Full story at http://www.sacbee.com/news/politics-government/capitol-alert/article59141563.html
Read more here: http://www.sacbee.com/news/politics-government/capitol-alert/article59141563.html#storylink=cpy