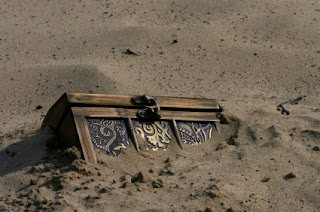 "Burying the lede" in newspaper jargon means that what should be the main feature of an article is secondary in the story.

You probably read yesterday about (yet another) data breach involving thousands of individuals. This one was at CSU. The various news stories highlighted the breach. The source came later, mentioned incidentally:

A data breach at eight Cal State campuses -- including three in Los Angeles County -- has exposed the personal information of nearly 80,000 students enrolled in an online sexual violence prevention course, it was reported today. The Cal State system had hired the vendor We End Violence to provide the noncredit class on sexual harassment, which is required of all students under state law...

In short (if you didn't know), every time the legislature mandates "training" in something for universities, it creates a business. There is now a training industry. Providers, consultants, etc. As far as yours truly knows, there is no checking up to see if the "training" has any effect (other than creating a business opportunity). Does "We End Violence" end violence? Even if the training is kept in-house, rather than outsourced as at CSU, it creates an internal business/bureaucracy. As former Governor Schwarzenegger used to say: "jobs, jobs, jobs."
Posted by California Policy Issues at 8:10 AM

Email ThisBlogThis!Share to TwitterShare to FacebookShare to Pinterest
Labels: CSU