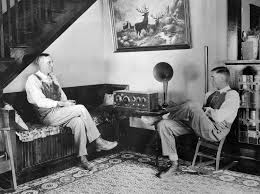 At the Regents meeting of July 23rd, there were public comments on concerns of nonunion ("unrepresented") employees, sexual assault policy, fossil fuels, UC police, anti-Semitism, Islamophobia, Dept. of Energy labs and nuclear disarmament, and disability services. The review of the labs noted that liability due to a radiation breach is being settled but pointed to new mishaps regarding electrical safety. There was a review of ongoing planning for systemwide sexual assault policies. The issue of due process came up and there were questions from the Regents about a court case - on which we previously blogged - which ruled that an accused student hadn't had due process at UC-San Diego.* Among others, the lieutenant governor noted the case. You'll be happy to know that yours truly has a suggestion for dealing with the due process issue. But you'll be sad to know that it seems to be nothing like what UC is planning, which is likely to mean there will be more San Diego-type cases.**

We also previously blogged about an impending deal between UC-Berkeley and Tsinghua University in China which raises a lot of questions.*** Some were asked at the Regents meeting, but ultimately the deal was approved.

Various executive appointments and pay raises were approved. Finally, the Committee on Compensation got around to receiving, but not really discussing, a report showing that faculty pay was 10% below the market and that the old idea that salary was below market but benefits made up for the gap was no longer true. Benefits were also below market.*** Faculty rep Gilly noted that this issue was left to the tail end of the meeting.

UC prez Napolitano noted various faculty accomplishments and contributions and the Regents approved everything on their plate.