Listen to the Regents Afternoon Meeting of July 22, 2015 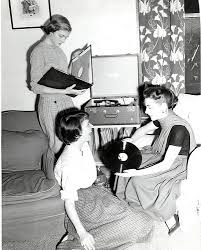 We begin our posting of the current set of Regents meetings with the afternoon of July 22, since that was a short meeting (under 50 minutes), at least for the open part. The open part was a session of the Committee on Finance which reviewed the UCOP budget and then went on to the overall UC budget deal. As expected, the deal was put in a positive light and said to have the virtue of being multi-year and thus providing long-term stability. However, no mention was made of the fact that the legislature is treating the deal as a one-year arrangement with no guarantee beyond, especially for the pension contribution. In response to a question about the pension, it was said that it was being worked on and there would be a presentation at the September meetings. It was noted that there is $25 million contingent on UC being able to show it had admitted an extra 5,000 students for next year. UC prez Napolitano said it would be difficult to meet that target, that UCOP is working with the legislature, and that more would be known in November. Regent Hadi Makarechian asked what was being done to improve relations with the governor and legislature. He noted that CSU got more than an extra $25 million without conditions and also gets its pension contribution automatically. Napolitano again talked about working with Sacramento. Finally, the acting president of UCSA talked about sexual assault policy, student mental health services (especially for grad students), opposition to executive pay increases, and a desire to be consulted on tuition.